The government of Great Britain recently got a powerful ally – The Church of England. The largest church denomination in the U.K. announced its support for a ban on gaming during live sporting events. The church joins the growing chorus of calls to limit gambling ads on television during sports events. The move is to prevent children from seeing them.

The Current Law in the UK

Currently, there is no law in the United Kingdom that defines when television stations can air gambling ads. Often, sportsbooks target sporting events to advertise their businesses. They have an audience that loves sports. Therefore, they are more likely to bet on them than those who are not sports fans. Many people are concerned that because children watch sports with their parents, they are seeing ads meant for adults. Leaders in the Church of England are also concerned.

The Outcry from the Church 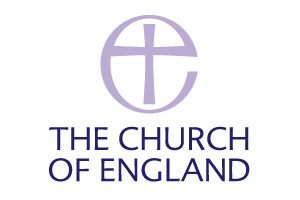 The Church of England is the largest religious denomination in England. About 85 million people are members of the church in England and other countries that were once colonies of Britain. The church has a lot of power because it is the official church of Great Britain. Henry VIII founded the church during the Protestant Reformation. The Church of England has long been opposed to gambling. It believes that gambling is harming the social welfare of the country. Several ministers have stated gambling addiction is a problem the church and other social organizations see the effects of daily.

There are two reasons why the proposed ban has gained a large backing. First, political and church leaders formed a coalition after the World Cup this year. England made it all the way to the finals, and the betting was fierce for the Three Lions. In addition to the large number of bets placed, there were many families that watched the games. There was a general outcry about the number of gambling ads during the World Cup. Research done during the games found that gambling ads increased by 63 percent. The coalition felt that sportsbooks had gone too far with their advertising. A study done after the World Cup found 58 percent of the public favored the banning of gambling ads. Only 14 percent opposed it.

The church is in favor of the campaign led by Lord Chadlington. He has formed a coalition with the Labour Party, Liberal Democrats, and the church to demand change in television ads. The coalition wants the same kind of ban that was recently enacted in Australia. Australia banned all advertisements during sports matches for an hour before and an hour after any televised or streamed match.

The coalition is most concerned about what the research found. It demonstrated how difficult it is for problem gamblers to resist the in-game betting feature many sportsbooks tout. It also allows them to place bets while the event is ongoing.. Often, the result is the problem gambler faces a larger problem. He or she cannot resist the urge to gamble if it is easy and convenient. The coalition hopes restricting the number of gambling ads on TV will keep gamblers from seeing too many. And, then, they won’t have the urge to gamble.