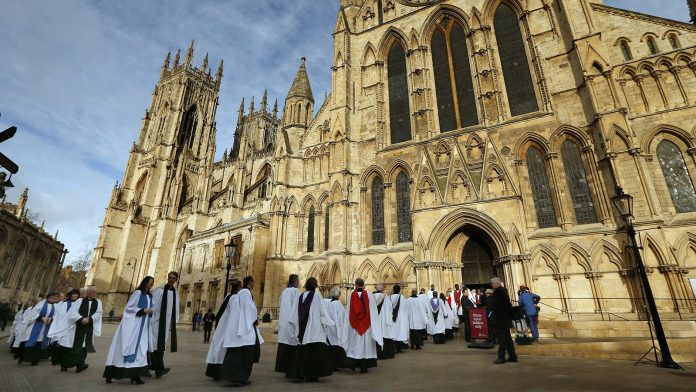 The reverend Dr. Alan Smith, bishop of St. Albans, said that video game companies were flooding games with “harmful products” like loot boxes, and that they are “gambling with children’s lives.” Dr. Smith is calling on a ban on loot boxes in video games, or at the very least, restricting access to youth under 18. 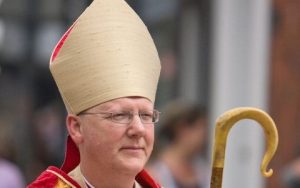 The reverend went on to say that “Harmful and addictive products flooding children’s games cast a dark shadow over the colourful world of childhood play. Games should be a place of adventure and discovery, not a vehicle for profit-making at children’s expense.”

These loot boxes are full of random loot in the form of weapons, vehicles, or changes in character appearance called ‘skins.’ The subject of skin gambling is a hotly-debated topic of late, owing to the fact that buying a box full of unknown digital goodies is tantamount to gambling. And some countries with anti-gambling laws have banned skin gambling and loot boxes outright, even for adults.

An example of a desirable loot box comes bundled with the FIFA Ultimate Teams player packs. Gamers can buy randomized selections of footballer ‘skins’ on the off chance that they will score a top player like Ronaldo or Messi for their dream team. Electronic Arts (EA) said they earned over £560 million from the sale of such loot boxes in FIFA and their other sports titles.

EA defended the company’s sale of loot boxes. In the views of Kerry Hopkins, EA’s VP of Legal and Government Affairs, said that the company views loot boxes as “surprise mechanics” similar to Kinder Surprise Eggs, the hollow chocolate treat with a toy hidden inside.

“Casting a dark shadow over the colorful world of childhood play” is right. But the church is the one doing it. Have you ever had to give up an entire Sunday just to go Sunday school and church? While the rest of the schoolyard was out frolicking in the park on a sunny Sunday, some unfortunate waifs had to be dragged to church to sit on hard wooden seats and listen to stories about how they’re all going to hell for their childish ways.

It’s one thing when government officials speak up, but when some uppity bishop in a funny hat steps into the limelight, it’s time to run for the hills. You’re about to hear a sermon on “the evils of gambling” and how it “corrupts us all.” It’s high time to separate the Church from the State. AGAIN.

It’s up to the parents to stop their chilluns from spending their loot on loot boxes, not the Church. Hint: parents, don’t give your kids the frickin’ credit card, for one. When parents give their kids access to online games, a smartphone, and a credit card account, what did they think was going to happen?

Kids wouldn’t be able to spend millions of pounds on loot boxes if the Church left them alone, and the parents of these entitled whippersnappers simply dragged their booties to a sunny park, and released them to frolic in the dang sun. They’ll get exercise, and they may even trade their pasty white skin for a nice tan. Or maybe skin cancer from UV rays.