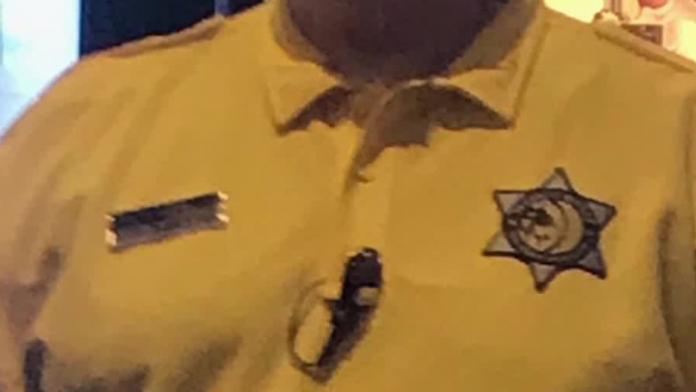 MGM’s Northfield Casino outside of Cleveland, has been in the news over their objectionable choice of security staff attire this week. A woman named June Scharf was crossing through the casino’s security checks when she noticed that all of the guards were dressed in yellow shirts adorned with a 6-pointed star – something which she said too closely resembles the Holocaust.

“My most immediate thought was, this is a problem. It was a combination that it was a star, and it was on a yellow backdrop,” said Scharf.

During the tragic few years of World War 2 in Nazi Germany, Jews were forced to wear similar looking badges to the ones Scharf is referring to. Although the guard’s badges carry no symbolic meaning like the Star of David, the combination of the color and 6-sided star was enough to provoke and upset people that evening at MGM.

Scharf also said how some of her grandfather’s late relatives were killed in the Holocaust, as well as the relatives of others she knows within the Jewish community – who could easily take offense if MGM does not revise their security staff’s current dress code.

“I was stunned,” said Scharf. “There’s a million things you could put on a shirt design-wise, but I understand that not everyone is aware of that symbolism and its place in history.”

After trawling the internet and papers for a contact number, eventually the woman managed to find a number for MGM, but nobody picked up on the other end when she tried to call. To voice her point, she went directly to a local paper called the Cleveland Jewish News instead.

When the news began to circulate further, a spokesperson for MGM Resorts International, Debra Deshong, said they had been approached by the Jewish news source for a comment.
“We appreciate this being brought to our attention and will begin the process of changing the badges on the uniforms in question. We regret anyone was offended – it was certainly not our intention,” DeShong said Monday.

The MGM Northfield isn’t the only one of the casino giant’s establishments where the guards are dressed in this manner. This particular uniform has been used throughout their venues for more than a year now.
“We are committed to ensuring that everyone feels welcome on our properties,” she said. “Diversity and inclusion are at the core of our company’s values.”

Mrs. Scharf said she is pleased that MGM have taken hers and others’ opinions into account over the matter.
“I think they are taking the issue seriously and responding accordingly,” she said. 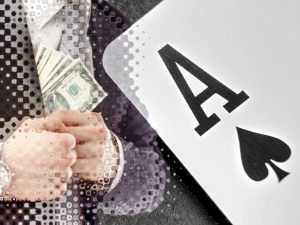 Earlier this year, the Vegas-based Cosmopolitan Hotel and Casino also experienced some criticism over the way their security staff handled one of their customers. The man in questions was 32-year-old rapper Meek Mill, who held the casino accountable for racial discrimination when he tried to enter the premises back in May.

They asked the man to vacate the hotel immediately upon arrival, over an alleged altercation which happened on a previous visit to the casino. Mill claimed this to be “impossible” at the time, and soon took to social media to vent against the operators and staff over racial profiling.

‘If you come from our culture you should never step foot in the cosmopolitan hotel they just really racist as hell,’ he wrote. ‘Something really has to be done in Las Vegas what they doing to black people!’
Since the ordeal, the casino have since made a formal apology to Meek, and the rapper is said to have accepted their apology, while dropping the threat of a lawsuit.

‘We look forward to welcoming Meek Mill back to the resort,” the Cosmopolitan Casino said to news.