Expanded gambling legislation in Connecticut is receiving renewed onslaught from a group affiliated to the United Church of Christ. The opponents to the betting legislation recently met in the Capitol to lobby legislators against the expansion of gambling ventures within CN.

As much as the church members have revitalized their efforts to oppose gambling vehemently, the group faces an uphill task as they seek to repeal the legislation. The gambling bill, if it passes into law, will see the cash-strapped state earn colossal revenue from gambling-related activities.

Complaints against the legislation

There are numerous complaints lodged from various quarters against the expansion of gambling-related activities. Critics of the bill are citing gambling addiction as one of the main reasons why they are against gambling law. The opposes report that problems related to gambling will be a wrong impression from the government. 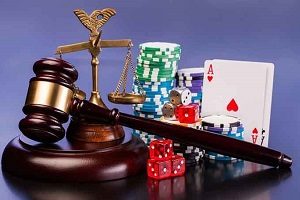 The group says the government will appear as to be profiting from problem gamblers, which in itself is an ethical issue in vast proportions. Between 1-3% of the entire population in CN has a gambling-related problem, especially betting addiction. Such numbers are worrying to groups such as the Connecticut Council on Problem Gambling, and the legislation of gambling expansion will see the problem prevail.

The opposing group raised the concern of a “Growing casino glut.” They said opening up more casinos will become untenable by the state. The group said that the Native tribes’ risks being sidelined in the long run, as the commercial casino would see the cessation of the agreement signed with the government.

The group also reported of the financial problem created by those deeply involved in gambling, that has shortly led to embezzlement.

Responding to the critics and those opposing, the legislation, Senators lead by Dennis Bradley, said that lawmakers should be considerate in their bill. Sen. Bradly is a co-chair of the public safety and security committee that oversees the Department of Mental Health and Addictive Services.

What the bill entails

The General Assembly is considering coming up with legislation that leads to the establishment of a commercial casino in Bridgeport. The two predominant Native tribes of Connecticut are also reported to be planning for the construction of a Casino in Windsor. The two Native Tribes, Mashantucket Pequots and Mohegans efforts have been bolstered by compromise legislation from the General Assembly. The bill passed through the public safety committee in February and focused on streamlining the establishment of the Windsor casino.

A competitive-bidding casino bill successfully prevailed and was passed by the House last year. During the voting process, the law received a bipartisan reception and rejection in equal measure, with the resulting outcome being 77-73 in favor. The gambling bill did not, however, proceed to the Senate.

The state’s leadership said that CN should compete with other states that are setting up sports betting legislation. The bill was discussed and passed a committee last month, as the lawmakers gear up to seeing the bill legislated into law.

Other issues raised by the opposers

Those against the gambling bill have other problems not related to betting they wish to rise to the legislators, despite the gambling bill was the top issue. Other issues raised by the United Church of Christ include; issues related to the death penalty, immigration, criminal justice reform, environmental protection, and LGBTQ rights. The group hopes that the legislators will consider their grievances and concerns in the law-making process.

The outcome of the proposed legislation will be a reprieve to the state, as it will serve as a source of revenue. The lawmakers should take into consideration all the complaints and criticism rose to come up with a bill that is considerate and relates to all.