After much debate, one of the most restrictive gambling states in the country has opened its first casino-style gaming venue.

Colonial Downs Racetrack in New Kent, Va., which closed because of the decline in horse racing, has reopened. It is now a casino parlor. However, Virginia’s first casino parlor has led some people to review the state’s long-standing opposition to gambling.

Virginians Do Not Gamble, They Race 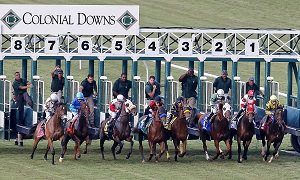 However, the culture and climate of horse racing have changed. Horse racing is no longer seen as the sport of kings or as a noble sport. Instead, many people consider it to be cruel and barbaric. Attendance at race tracks has declined for the last two decades. Race tracks have closed across the country. One of those race tracks was Colonial Downs in New Kent County. When racing began at the track in 1997, 13,000 people came to opening day. However, falling attendance and a dispute with the state and the Horseman’s Association led to its closure in 2014.

Virginia’s General Assembly passed a law during its last legislative session allowing the track to reopen as a gambling parlor. Most people in Virginia are hesitant to call them casinos. The former Colonial Downs is now Rosie’s Gaming Emporium. The new business has 600 historical horse racing machines. People operate these machines just like slot machines. Rosie’s will also offer a bar, restaurant, and simulcast horse racing.

The hope is by allowing historical horse racing, people will come for the slots and stay for the horse racing. 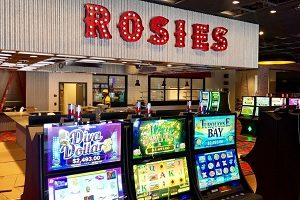 Some people in Virginia are celebrating the possible resurrection of horse racing. However, there are others who are not so sure. Critics have said that Virginia is ignoring its own laws in order to save horse racing. They point out that historical horse racing machines are just like slot machines. They argue that slot machines encourage problem gambling.

By allowing historical horse racing slots, the state of Virginia hopes there will be an increase in investment. It also hopes to rekindle some interest in the race tracks. It remains unclear whether the slots will actually achieve their purpose. If Virginia is able to revitalize its horse racing empire, other states are likely to think about adding gambling. Kentucky could be one of them. The Bluegrass State has a long history of sports racing. It might have an interest in seeing see whether gambling in Virginia helps or hurts the state’s economy.