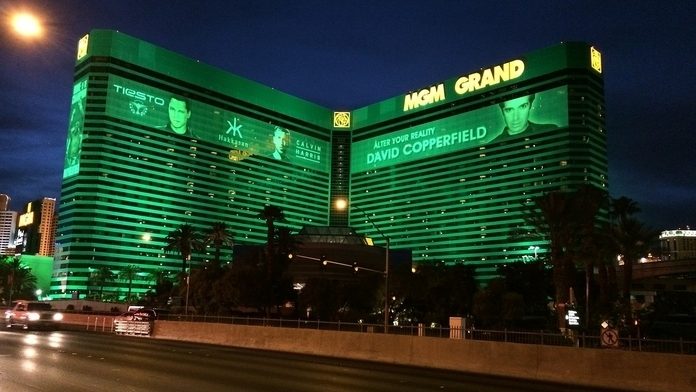 At a Feb. 6 rally held at Unite Here’s hall, no less than four state legislators, three mayors, one gubernatorial candidate and nine elders spoke about the more than 2,000 jobs that the resort-casino would bring to the region.

The news of the endorsement did not surprise anyone. The state’s powerful labor union is understandably in favor of creating more jobs. Speaking at the rally, Bob Proto, president of UNITE HERE Local 35, announced he has signed an agreement with MGM Resorts that ensures jobs for members of the state’s labor and casino workers’ group. The agreement also assures that MGM Resorts International, which already has similar agreements with Unite Here at 27 hotels in Las Vegas, won’t interfere with the union’s activities, which means the workers can have a union.

Proto said the state of Connecticut needs new ideas and there is a private investor who won’t be a burden on taxpayers. He warned those who are against the project are against opportunity and that the union won’t let that happen. This was a very powerful message to the critics of the proposal, who claim the MGM Bridgeport proposal is just a bluff and it is a stall tactic to delay a satellite casino planned jointly by the state’s Mashantucket Pequot and Mohegan tribes in East Windsor.

Last year, lawmakers signed a bill allowing the state’s Mohegan and Mashantucket Pequot tribes to jointly build and operate a $300 satellite casino in East Windsor, a town near the state line with Massachusetts. The legislation’s aim was to stop gaming revenues flowing out of the state into nearby Springfield,, where MGM Resorts International is building a $960 million casino resort.

The tribes require authorization from the U.S. Department of the Interior to go ahead with the construction of the mini-casino, but the federal agency has not yet made it clear whether the non-sovereign land in East Windsor could be classified as a Native American facility.

UNITE HERE is a powerful labor union that represents more than 265,000 workers throughout the United States and Canada. Its members come predominantly from the hotel, casino, gaming, food service, warehouse, and laundry industries. It also represents workers from airport, textile, transportation, and manufacturing and distribution industries.

The union was formed by the merger of UNITE, a union of needle trades, industrial and textile employees, and HERE, a union of hotel and restaurant employees in 2004.

The union made headlines in 2016 when it sparred with billionaire investor Carl Icahn in Atlantic City and called for the restoration of certain benefits at the now-failed Trump Taj Mahal, which Donald Trump had hailed as the eighth wonder of the world when it opened in 1990. The public battle resulted in Icahn shuttering the resort hotel.