A Henderson, Nevada constable is in big trouble. Not because he shot someone while trying to place them under arrest, or because he harasses his co-workers. Instead, the constable is in big trouble because he spent city tax dollars on gambling. He was recently indicted by a grand jury on five counts of theft and fraud. He was charged with using checks and cards from the constable’s office to give himself an additional $160,000 to gamble with, on top of his nearly $100,000 salary. Mitchell has been working for the constable’s office for decades and recently announced he would not be running for re-election after seven terms.

The Foreshadowing of Problems Nearly Five Years Ago

Mitchell’s friends had an idea that he was having problems with gambling and his bills overall in 2015. That is when Mitchell began asking for additional funds for his employees, so that they could get mileage reimbursement in addition to their salaries. Mitchell exploited this by inflating the expenses for mileage that allowed him to get more money.

In addition, Mitchell’s colleagues had concerns because of Mitchell’s constant attempts to block oversight access to the constable office bank counts. Mitchell complained that he was not making enough as the head constable. In fact, Mitchell had been complaining a lot over his salary. The salary had been reduced from over $200,000 during the Great Recession to $105,000.

One employee who was trying to look into the spending of Mitchell’s office nearly had his salary reduced by $40,000 by Mitchell. The constable created an atmosphere of fear.

City leaders began to question spending in the constable’s office in 2014. At that time, the $300,000 constable’s salary rivaled that of Las Vegas’ law enforcement chief’s salary. In the middle of all of the expenses discussion, the Las Vegas and valley areas were dealing with huge numbers of evictions and foreclosures due to the housing crisis. The constables’ jobs were to serve notices for evictions and foreclosures, which many leaders felt did not merit the mind-blowing pay.

Gambling as a Lifestyle 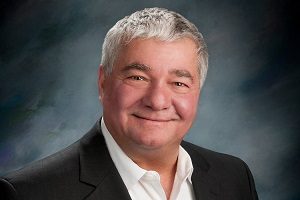 Mitchell is a frequent gambler. He loves to go and visit casinos, spend largely, and eat at expensive restaurants all over Vegas. He spent thousands at casinos in the area, regularly withdrawing hundreds of dollars within 30 minutes on the city’s credit cards. Mitchell also used his township card to pay for sushi at $200 to $300 per visit. He was also a large steak fan, spending over $800 at high-end steakhouses. Mitchell spends city money on shopping, grocery stores, drug stores—even Disneyland tickets.

Mitchell has also run into trouble with the IRS. While Mitchell did win several thousands of dollars in casino winnings, he has also not paid his taxes. He had agreed with the IRS to pay $4000 a month on an installment plan to pay off over $120,000 in debt to the government. Mitchell is also in trouble with his mortgage and credit cards as well.

The prosecuting attorney in Henderson has stated that he may press additional charges for all of the expenses and cash advances put on the city’s debit card by Mitchell. While police have been able to get some of the records, there are other records that they still need to find. For example, there are expense logs and payroll information from previous years, before 2015 that still need to be examined.

Mitchell’s defense attorney has stated that constables are allowed to use their fees charged for evictions and foreclosures, however they want. State law does not specify how the fees should be used, according to the attorney. If Mitchell is convicted, he could spend years in prison.