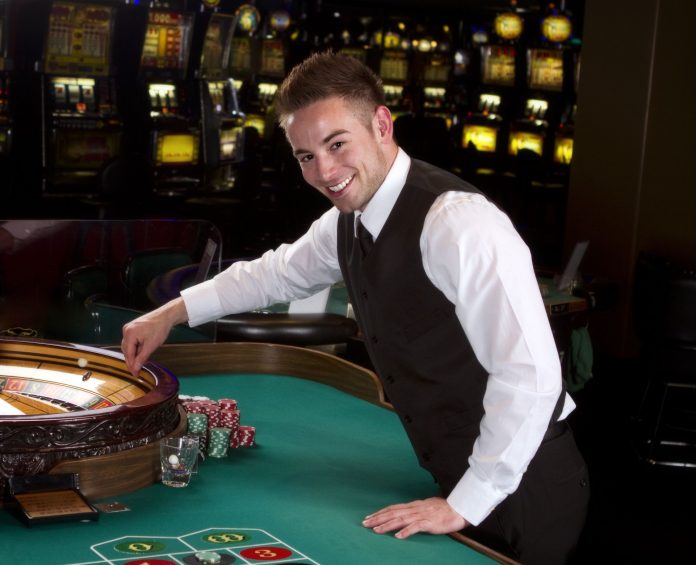 Authorities have made an arrest after a nonstop hunt for a dealer who allegedly made off with $6 million worth of chips from the Wynn Macau casino.

The alleged suspect, who is a native of Macau, worked in the VIP section of the casino, reported Reuters. The incident, which is currently being handled by authorities, took place at the Wynn Macau casino property and a total of HK$48 million ($6 million) in chips were stolen. Authorities are also investigating whether other suspects were involved in the theft, although it is possible the theft may have just been the work of one man. While these incidents rarely happen, Macau’s DICJ or Gaming Inspection and Coordination Bureau expressed serious concern for the casino and highly suggested it work on tightening its security measures.

In September 2015, a robbery occurred at the Wynn Macau, leaving the casino junket minus $258 million. Dore Entertainment junket operators, who were in collaboration with Wynn Macau, stated they had filed a police report in the wake of the attack.

“Due to the seriousness of this event, which involved fraud, the group has filed a police report,” Dore Entertainment said in a statement.

The casino did not lose any money from the theft but fear still set in for investors. They were afraid of potential losses and other robberies to the casino’s junket sector in the future. According to cardschat.com, the junket made up 10 to 25 percent of Dore’s business accounts. The total amount of money taken was not clear, but analysts suggest it could be an amount close to HK$200 million, which is $25.8 million.

“The balance in this instance, even at the low end, is material and quite significant,” said analysts from Daiwa. “Our on-the-ground checkpoints to the possibility that other junket operators may share some of Dore’s existing stakeholders which may exacerbate this … impact.”

At the time, the aftermath of the attack caused fear to pour throughout the junket market. Potential VIP clientele for Macau began to turn the other way, ultimately causing the market, as a whole, to slow down.

Arrests have now been made in the $6 million chip theft. According to 4flush.com, two suspects have been arrested in connection with the robbery. A VIP dealer for the casino, who goes by the name Lei, and his uncle were apprehended on the island of Taipa and taken to a Prosecution Office. While authorities were able to retrieve a portion of the chips stolen, they are still searching for the rest. Both Lei and his uncle remain tight-lipped on where the remaining chips are located.

Lei had been employed with the Wynn Macau casino since 2009. He worked as a security guard until 2011, when he started working as a dealer. According to authorities, Lei exited the establishment at 7 a.m. after he finished his shift. It is reported the croupier also hushed a nearby employee while in the act of filling a bag with the chips. While his uncle denies any involvement in the incident, Lei has reportedly admitted he is guilty of taking the chips from the casino.

He also admitted to having an addiction to gambling. He said he took out loans to recover money he has lost to the habit. The DCIJ requested that Wynn Macau complete a theft report. The agency also strongly suggested that other gambling establishments keep a close eye on security cameras to ensure all staff members are properly adhering to the rules and guidelines.