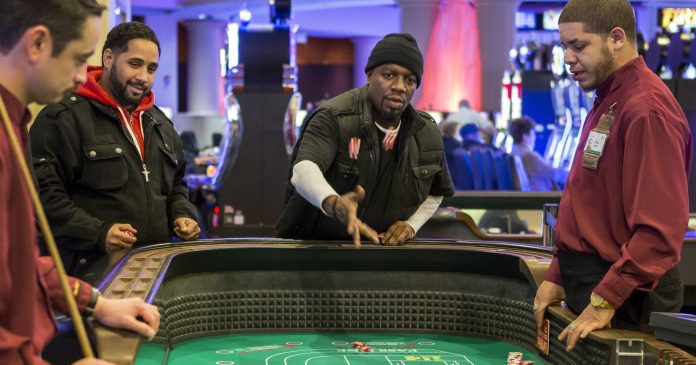 Now under new administration, Dover Downs has announced the closure of its poker room.

The casino operators, which joined forces with Twin River Worldwide Holdings Inc. in the final week of March, transferred its poker tables to the gaming floor a week ago.

Rumors are circulating that all of the poker staff have lost their positions within the company, but company officials have confirmed that only one individual was let go as a result of the move.

“Today is our first day of poker on the floor, so we do have poker! There will be NO poker room on the third floor anymore. The Poker tables now on the Casino floor answer to table games and no longer operate as a separate entity,” Nicholas Polcino Jr., the general manager and vice president, announced on Friday.
“All other personnel (Poker Director is no longer with the company) that could be transferred to table games were transferred. The employees that only had poker experience have been given the opportunity to learn other games as well so they are able to transfer between various games if they desire,” he added.

Gambling staff and workers say that poker tournaments and competitions were dropped several weeks back in light of the scheduled closure.
Situated on the third floor, the room which was used to host the poker games was once an observation spot for people placing wagers on simulcast horse track racing.

A representative for Twin River at first apparently denied the poker room was shutting down, while another representative later affirmed the room would never again look to host table amusements.

Twin River, a Rhode Island-based organization that manages and operates gambling clubs and lodgings in Rhode Island and Mississippi, as well as a horse racing track in Colorado, was reported to have closed the deal back in July; only weeks after legislators permitted a new tax relief for the state’s three gambling clubs.

The merger is inclusive of Dover Downs’ 500-room hotel and dining court. Dover International Speedway will continue to remain under the jurisdiction of Dover Motorsports, which broke away from the gaming organization in the year 2002.

Many in Favor for Tax Cuts

Supporters praised the changes which are currently taking place. They were pleased to see the reduction of a 1% tax rate on slot machines, as well as the cutting of the table game expense rate. There are also steps being taken to completely eradicate the $3 million fee for the table game license — all of which when combined, are essential actions needed in helping to secure worker occupations and the annual nine-figure revenue stream the state receives from the casino operators.

State Sen. Trey Paradee, a Dover Democrat who was one of the key supporters of tax relief against the casinos, said Friday he would be quite displeased if cutbacks pursue the merger. Yet he does trust the enactment endorsed a year ago was a well-thought out arrangement which could see some big benefits.

“We truly placed them in the position (where) they were simply treading water,” said Paradee.

The casino is the main corporate betting foundation in Delaware, and has lost cash in 2 out of the last 5 years they have been in operation.

In 2018 made a net profit of $30,000, and had a record of 1,388 employees on their books, of which 906 had full-time positions. Some of the company’s highest-ranked executives were either laid off or retired earlier this year.