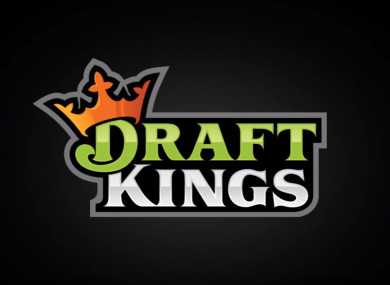 DraftKings has begun operations in many states in Australia.

Founded in Boston in 2012, the company helped to launch the beginning of fantasy sports gaming. DraftKings currently operates in the United States and countries in Europe. Australia marks the first time the company has expanded its market to Asia and Oceania.

The company has both daily and weekly contests in professional sports, including Major League Baseball, NASCAR, Canadian Football League, National Hockey League, NBA-funded EuroLeague Basketball, NFL (including the International Series), and English Premier League FC. DraftKings is expected to expand further into the sports gambling market now that the United States has legalized sports gambling on a state-by-state basis.

DraftKings has been able to continue its fantasy sports play leagues in the United States because current U.S. law allows fantasy gaming. The law classifies fantasy play as a skills game rather than a game where bets are placed. Money still changes hands and players are paid their winnings at the end of the day or the week depending on how long their games are. The company estimates about 8 million people play during a week. 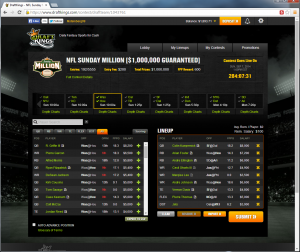 The company stated that Australia was a natural market to extend into because of an increase in the sports appetite for fantasy play on much-loved sports, such as cricket and football. In addition, DraftKings looks for a specific kind of market to get into. It is a market in which people are passionate about sports but also are sophisticated with regard to technology. In other words, the market must be able to have access to the fantasy platform from wherever a person is, whether it’s a cell phone, tablet or laptops.

So far, DraftKings’ extension into Australia has only reached the Northern Territory Racing Commission, which allows the company to offer daily fantasy games to Australians. At present, Australia is seen as an untapped market for daily sports fantasy gamers because, until now, the market has been small. The racing association estimates 2 million people currently play daily fantasy sports in Australia.

Games to be Offered in Australia

There has been no announcement of the types of fantasy sports DraftKings will offer in the country. At the moment, DraftKings has a variety of sports products that depend on the skill of the individual who is playing. For example, for beginners or novices, players are able to win tickets to advance to the next level of play. At the novice level, no real risk is taken, but no money is earned either.

Multipliers or Boosters can win money and earn higher scores. In most contests, the higher the score, the more money the player has the option to win. Players can get their friends together to form leagues of three players to play a game. Fifty-fifty contests allow players to win at least some prize money by remaining in the top half of their league during league play.

Players can also play just one other player in what’s called a head-to-head contest. There are also tournaments with guaranteed prize pools where there is more money at risk, but also the reward of a higher payout.

DraftKings marketing strategy to this point has been as a fun game-playing platform. But, there is a serious amount of money in fantasy sports play. It has been estimated that the company earns more than $100 million during the NFL season alone, although it is difficult to determine that because DraftKings does not publicize its revenues. However, with its entry into the Australian market, it is expected DraftKings’ profit margins will continue to increase.