For some gamblers, it is not enough to gamble on their favorite game when they are off work. They feel the need to gamble during their work time as well. Eight employees at a hospital in northeast India, in the state of Bihar were arrested for gambling on the job.

Bihar and the Hospital

Bihar is the third largest state in India by population. However, that does not mean that parts of the state are in areas that are rural in nature. In fact, eighty-nine percent of the people of Bihar live in rural areas. The state is located on the border with Nepal and is surrounded by huge towering mountains, as well as a rainforest. Bihar is nearly the most rural state in India, with only one other state being more rural in nature. 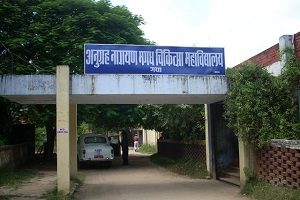 The rural nature of Bihar means that the area has a large shortage of doctors and even hospitals. Anugrah Narayan Magadh Medical College and Hospital (ANMMC) is one of the only medical colleges and hospitals in the state. The hospital teaches over 100 new medical residents each year. It sits on a large campus, where lots of patients come to be treated yearly. The hospital treats tens of thousands of patients each year in their role as a full-service hospital.

The medical center campus is spread out over nearly forty-four acres. The campus has the hospital, an administration building, library, classrooms, museums, and residential buildings for students and doctors within the hospital grounds. 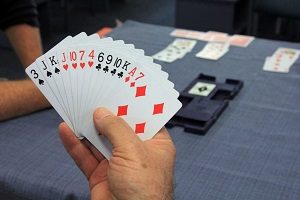 India is known for its confusing gambling laws. In some areas of the country, some forms of gambling are legal. However, many places in India do not have legal gambling. Card games, including Rummy and Poker, are not legal because they are not considered games of skill, rather than games of luck.

The arrested hospital workers were playing a popular card game in Bihar called Twenty-Nine. Twenty-Nine is a team game that is played with four players total—two players on each team. A single deck of cards is used. The objective of Twenty-Nine is to gather as many points as possible to win. In Twenty-Nine, Jacks are the highest cards, and the second-highest card is the nine. There is a trump card. It is not disclosed. It is important that the player hides his or her trump cards until the end of the round. Jokers are not used in Twenty-Nine. The two players work together, and bets are placed on the outcome or the point spread of the game. However, some versions of the game also call for players to make a bid on each turn, like poker rounds.

While playing Twenty-Nine in Bihar is a favorite past time, most people choose not to play on the job. These hospital employees were lucky. In the past, when employees have been caught gambling in India, they have been arrested and fired from their jobs.