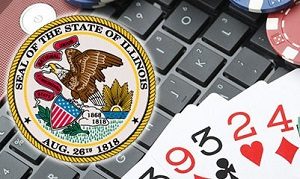 Illinois was the first state in the nation to legalize a state lottery in 1974. The state was also one of the first to allow the sale of lottery tickets online. The state’s lottery revenue goes directly toward education. This means the state’s education fund averages about $700 million per year. Illinois has permitted charitable gaming in the state since the 1980s. It also started to allow riverboat gambling in 1991. In 1999, riverboat casinos could dock permanently along the river. The Video Gaming Act became law in 2009 and expanded gambling in the state. It allowed video gaming machines to be put in bars, restaurants, truck stops, and other clubs in the state.

The Profits from Gambling

The state of Illinois expected video gambling machines to bring in $300 million each year. However, the state has only made $1.5 billion in revenue statewide. This is at least $1.2 billion short of where the revenue was expected to be by the beginning of 2019. In the Elgin area, there are 32 establishments that have nearly 150 betting terminals. There are eight distributors in the area as well. The city saw $6.5 million in net proceeds from video gambling terminals last year. Five percent of that revenue went to the city. Twenty-five percent went to the state, and the remaining 70 percent went to the distributors and businesses.

The city has a plan to charge bars, restaurants, and nonprofit clubs $25 for each video gambling machine they have. Distributors would have to pay $1,500 for each machine. New video gambling licenses would only be available to establishments with certain types of liquor licenses. This may leave some bars, nonprofits, and restaurants unable to have video gambling terminals. None of the video gaming licenses would be transferable. The city will allow all the establishments that currently have the machines to keep them.

These new fees would mean Elgin would earn $221,125 in revenue. Some council members disagree about the fees and funds. Some want to earmark the money for social service organizations. Others want to put the money into a rainy day fund. Some also argued the fees for distributors are excessively high.

There has been some resistance to the notion of additional fees and, in general, video gambling terminals. Many businesses have stated that the city is charging them too much to have machines in their establishments. They have also noted that because restaurant revenue is down, it becomes more important to offer other enticements to customers. Video gambling terminals help to bring in additional revenue for businesses. However, some critics have also noted that video gambling terminals have taken much-needed revenue away from other gambling offerings. This is especially true in the casino industry. Casino revenue across the state was down as much as 15 percent in 2018. While the state projected casino revenue would drop a bit, it did not expect it to drop that much. Elgin has a great deal more debating to do before it makes its decision. It will have to decide whether to allow more gambling machines in the city. If Elgin does allow gambling machines, it will need to figure out how much to charge per machine.