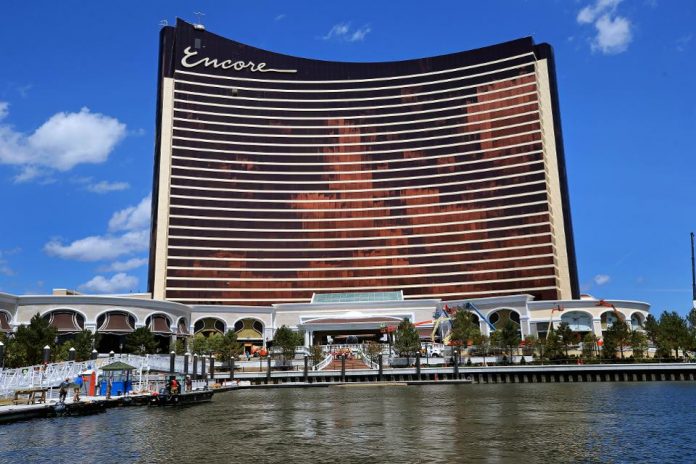 As the May 31 deadline approaches for them to pay the heftiest fine in gambling history, the world’s most talked about casino operator, Wynn Resorts are now in preliminary discussions of handing over their newly constructed Encore Boston Harbor facility over to global competitors MGM International.

The brand-new, 27-storey complex was due to open on June 23, but after the state’s gaming commission issued a whopping $35million fine to Wynn at the beginning of May – officials have been toying with the idea of surrendering the gaming license to their adversaries at MGM.

In a joint statement to Boston Globe, the companies said how “Over the past several weeks, we have engaged in conversations around the potential sale of Encore Boston Harbor,”

“They are very preliminary and of the nature that publicly-traded corporations like ours often engage in, and in fact when opportunities such as this are presented, we are required to explore. We cannot say today where these conversations will lead, however we can reaffirm our commitment to the communities where we operate today.”

If the Deal is Made

Both entities said how jobs and careers at the facility would not be affected by if the sale will go through, but if MGM do agree to the deal – they would be required to give up their Springfield casino because operators are only permitted to hold one gaming license per state.

“I had the foresight to put into the host community agreement Section 10, which says that neither Wynn nor the city of Everett could transfer its rights without consent from each other,” Everett Mayor Carlos DiMaria cited in a statement. The sale would also need approval from the state’s gaming commission before anything can be set in motion.

Despite the colossal penalty and investing almost $3billion over the course of 8 years into the development of the casino – Everett City Council members are said to be surprised at the turn of events with opening day vast approaching.

“We’re so close to the opening of the Boston harbor hotel on June 23rd there or abouts that I didn’t see this coming,” said Everett City Councilor Michael McLaughlin.

“I do applaud the mayor for giving the city protection because the city supported a 5-star destination coming into Everett that was Wynn resorts, if another developer comes into Everett we have a whole entire different ball game,” he added.

The huge fine was one of two issued in the last few weeks to Wynn Resorts; all of which are as a result of investigations into multiple years of sexual misconduct allegations against the company’s former CEO Steve Wynn.

The Nevada Gaming Control Board slapped a $20million penalty on the operator just weeks before the latest one came in from Massachusetts, which at the time was dubbed the largest fine in casino history.

Steve resigned from his position back in February 2018. The company’s latest CEO, Matthew Maddox was also issued a separate penalty of $500,000 following the state’s ultimatum for keeping their license in Massachusetts.

Although both casino giants already run operations in Macau, both have been looking at the possibility of a gaming license in Japan. The country has taken an austere approach towards gambling for many years, and only recently became more open to expanding their casino footprint in order to boost revenues.

Wynn were also exploring a takeover of Australia’s most prolific casino establishment Crown Resorts LTD back in April. The sale was set for AUD 10 billion; however, when details of the unfledged deal were leaked to the media the same week – the whole thing was called off with Wynn citing how there was too much “premature disclosure of preliminary discussions” over the potential deal.

With just over a week left to either cough up $35million to Massachusetts or sell their newborn casino, it is unknown whether the operators will be looking at shaping any future deals or investments any time soon.