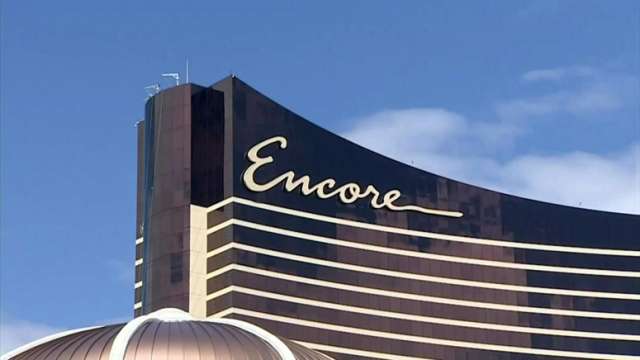 Encore Boston Harbor, the latest jewel in the crown of Wynn Resorts, is expecting 50,000 people to storm the gates at its grand opening the weekend of June 22-23. In anticipation of a major transportation logjam in the area, the mayor is encouraging people to leave their cars at home and take alternative transport means.

Everett’s mayor, Carlo DeMaria, is publically asking gamblers to leave their cars at home in anticipation of the mad rush to the new Encore Boston Harbor casino resort.

“If you want to have a nice day on Sunday, don’t drive,” Mayor Carlo DeMaria said.

The casino parking lot offers only 3,000 parking spots, and nearby auxiliary lots only have a few hundred more spaces. Everett Police Chief Steven Mazzie also warned potential drivers of the result of drivers dumping their cars on the streets of the local town. They could face a $50 ticket for parking on the city streets. Another reason to avoid the parking hassle: casino parking costs $22 for 6 hours and $42 for 24 hours.

Opening on the weekend was a carefully planned decision which avoids the commuter traffic rush of the weekdays. The police chief praised the efforts of the casino operators for their help in alleviating the expected traffic jams.

“They’ve thought of pretty much everything, every way to try to mitigate a lot of the problems related to traffic, which I think is one of the number one concerns,” Mazzie said.

As an incentive to pry gamblers out of their cushy driver seats this weekend, local officials in Everett have outlined a variety of alternative means to access the shiny new resort. The casino has arranged everything from free shuttles to luxury ferry boat rides in order to accommodate the gambling mob.

Free shuttles will run every 10 to 20 minutes from the Wellington and Malden Center Orange Line stations, as well as free shuttles from other public transport hubs. In addition, water taxis will also ferry guests from Boston’s Seaport.

Patrons can also avail themselves of a $7 shuttle boat from the World Trade Center dock or the Long Wharf North dock. In addition, local transit authority officials are stepping up their resources to accommodate the new boomtown traffic.

25 Everett police officers will be at the grand opening of the resort to direct traffic. Neighboring cities will also supply state troopers and maritime units to monitor public safety during the mass influx of people flocking to the new resort.

“With all these options, there is no reason to drive here,” DeMaria said.

And of course there’s always taxis and Uber.

The Encore Boston Harbor offers the largest standard hotel rooms in New England, with 650 square feet of space and a 27-story tower. All rooms afford epic views of Boston Harbor and the city skyline. Designed bearing the signature Wynn Resorts bronze tones, the megaresort is the most dominant feature in Everett. The gaming floor has 3,158 slot machines and 88 poker tables.

The $2.6 billion casino resort has 671 hotel rooms and suites, numerous restaurants, a massive gaming floor, and a spa with 17 treatment rooms, spread out over 3.1 million square feet. Room prices start at $650 per night and reach more than $1600 per night for luxury suites.

The former industrial zone area surrounding Everett has been plagued with environmental problems. An industrial ghost town of scrap yards, abandoned power plants, and sewer treatment facilities has been cleaned up in favor of a new resort area to accommodate luxury resorts like the Encore.

Locals who grew up in the area are astounded by the cleanup of the area and the majestic new casino resort standing in its wake. In addition to clean waters and luxury facilities, they can also look forward to around 1,000 new jobs at the casino.