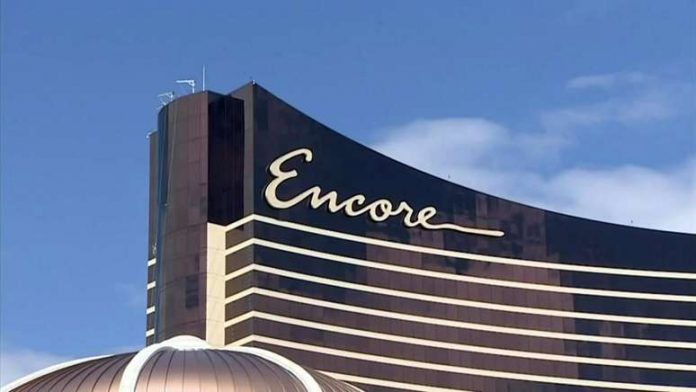 Less than 24 hours after opening their doors, the newly-built, 33-acre Encore Boston Harbor Casino in Everett arrested five people on Sunday; two of which included a New York City duo who attempted to cheat at a roulette table.

Casino surveillance observed the pair, Jankelli Volquez, 27, and Hector Hermandez, 66, trying to deceive a croupier during a roulette game. They were later accused of conspiring against the casino, and according to state police, were released on their own recognizance and ordered to stay away from the establishment.

Two other individuals were charged; one for disorderly conduct and the other for trespassing. A fifth man was charged for the possession of heroin on the site and was issued a court summons.

A spokesperson for the Massachusetts State Police, David Procopio, said that despite troopers having to assist security staff on the gaming floor with medical aid, crowd control, and making sure minors were not gambling –there were “no major incidents” and that the “crowds were heavy throughout the day and night.”

To the casino’s relief, there was no significant traffic congestion during the opening day either. The roads did see a slight increase in cars on Route 99 after 7pm, but gamblers were encouraged to use public transportation systems and ferries to reach the facility if planning to visit. The casino also provided shuttle buses from Wellington to make life a little easier for its guests.

“This morning demonstrated that guests will leave their cars at home if they have access to modern and convenient choices,” President of Encore Boston Harbor, Robert DeSalvio cited in a statement Sunday.

“In the days ahead, we will continue to monitor traffic closely, but today we want to thank our visitors who embraced alternatives. Dozens of federal, state, and local agencies collaborated with us on plans, and the early results show great promise for the long term.” 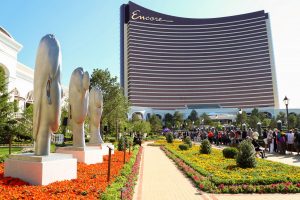 The Encore Boston Harbor Casino is the third facility in the state to open its doors since casino gambling was legalized in 2011. It features over 3,000 slot machine games and a 671 hotel room complex, complete with 15 bars and restaurants and an array of other amenities.

The casino celebrated the opening on Sunday with a massive fireworks display, and allegedly blared out Frank Sinatra ballads through the loudspeakers. A representative for the casino said that by noon there were already 5,000 plus guests waiting in line to witness a piece of the action.

“We were able to accommodate all guests inside Encore by 2:30 p.m. and had steady visitation throughout the afternoon and evening,” said Michael Weaver.

By Monday, business was still booming as guests formed into long queues outside Dunkin’ and one of the burger bars. The blackjack tables were also full, while the poker rooms saw at least 200 people playing at a time.

“We are very pleased with our visitation thus far and the overwhelmingly positive response we’ve received from guests about the Encore experience,” Weaver added.

This weekend the casino will brace themselves for their first Friday and Saturday in operation, where an even larger influx of crowds and visitors are expected. Traffic is also likely to pose more of a challenge, but police said they are prepared for what’s to come, and how “every day is a first for this facility and for us.”