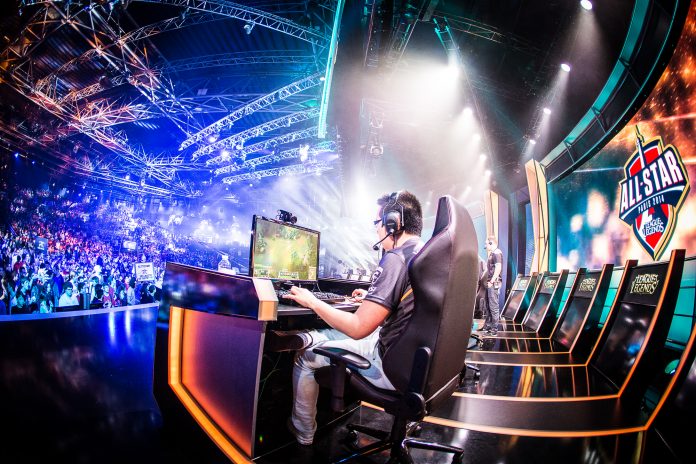 A recent report shed light on the projected growth of the global eSports market: an estimate of $905.6 million for 2018. Released by market research firm Newzoo, the report also reflects a 38.2% growth from 2017 with an estimated $1.4 billion increase by 2020.

The term “eSports” is deceptive – it simply refers to competitive video gaming, which might be the last thing that springs to mind when it comes to sports. Nevertheless, the industry is expanding quickly, poised to compete with the most popular of traditional sports – and, inevitably, fueling the rise of eSports betting.

In their report, Newzoo excludes online gambling revenues, distinguishing eSports betting as a separate “economy that exists in parallel to eSports and, similar to sports, generates more revenues than eSports itself.” However, a previous report released by software analytics company Narus and research firm Eilers & Krejcik predicts that global eSports betting will reach $6.7 billion in 2018 and increase to $13 billion by 2020. The report found that, by then, over $5.5 billion had already been bet on major eSports games.

Quiet momentum in a lucrative market 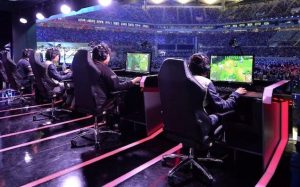 Thanks to advancements in technology, online video games have become increasingly popular in the past thirty years, but professional eSports tournaments didn’t truly begin to gain traction until around 2010, with games like Counter-Strike: Global Offensive, Overwatch, DOTA 2, and League of Legends emerging as the favorites. As the number and size of tournaments grew, so did viewership, tournament prizes, and sponsorships. In 2015, team owners and athletes from traditional sports got involved, particularly those within the NBA, buying eSports teams and investing in other aspects of the market – the likes of Dallas Mavericks owner Mark Cuban, Magic Johnson, and Shaquille O’Neal, just to name a few.

Traditional sports betting is illegal in all states, except in Nevada, Oregon, Delaware, and Montana. However, the wording of gambling laws is often ambiguous, complicating the matter of whether eSports betting is truly illegal or not – in practice, it is viewed as illegal. However, there are loopholes, and the matter is even more complicated when it comes to the phenomenon of “skin betting.”

Skin gambling involves virtual goods in video games that are used as a currency to place bets. This occurs in a number of gaming communities, most notably in Counter-Strike: Global Offensive.

“Skins” is the term for cosmetic items, for example, an item that gives a plain weapon a colorful appearance. The original intention was to bring in more players and encourage trade; however, the varying rarity of these items turned them into a true currency, a virtual item that can be sold for real money.

The future of eSports betting

Though an increasing number of operators are offering eSports betting, there are obvious limitations. One example is Unikrn, perhaps the most popular eSports bookmaker. It’s a Las Vegas-based company that allows betting with virtual tokens (“Unikoins”) anywhere in the world, but real money bets are only permitted in the UK.

These companies are keeping an eye out for the Professional and Amateur Sports Protection Act of 1992. PASPA is currently under review by the Supreme Court, and a repeal would legalize sports betting in a number of states, a move that could potentially revolutionize the world of eSports betting as well.

A call to action

Because eSports betting is relatively new and unregulated, critics have called for measures that will encourage responsible gambling. It’s easy for underage gamblers to take part in skin betting, and many gamblers simply don’t know how to bet wisely.

Paul “ReDeYe” Chaloner, a prominent eSports commentator in the UK, is working with Luckbox, a new betting platform that promotes smart gambling. In an interview regarding his role as an advisor to Luckbox, Chaloner said:

Another key figure is Betting Gods, a Malta-based company of experts who offer advice on bets of all kinds. Their most recent move is the launch of eSports Betting Tipster, a service that users can subscribe to for daily tips and betting odds. It’s a win-win: the company expands its demographic significantly, and this expansion of its services lends legitimacy to the eSports betting market itself.

Like any up and coming industry, eSports betting has its growing pains. It has reached an interesting point in its trajectory, and it continues to evolve. No one can fully predict its trajectory, but its potential is undeniable.