While Ethereum (or Ether) has been known as a large platform for programs and operates as a cryptocurrency, it is also slowly exploring the world of gaming. It has adapted several decentralized gaming applications to its platform. The platform allows users and programmers to operate without fear of government interference or censorship. It is estimated that the blockchain site has amassed more than $100 million in trading volume. 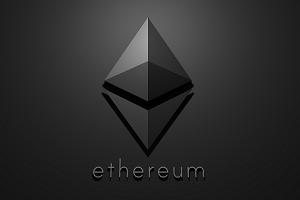 Ethereum was started by a group of programmers who wanted to develop a platform for decentralized computing without the involvement of the government. The developers of the blockchain technology have stated they dislike the government and other large tech companies that have benefitted from secrecy and a lack of transparency between the tech companies and the public.

Ethereum is one of several platforms that use the decentralized ledger system of blockchain technology. The other cryptocurrencies are Bitcoin, Litecoin, Zcash, and Ripple.

The largest decentralized applications on Ethereum are Fomo3D and PoWH3D, both of which have raked in $43 million. Both of the applications were created by the same team of developers, called Team Just. The two applications have a combined trading volume of $85 million, which means that Ethereum is a true contender for cryptocurrency supremacy. 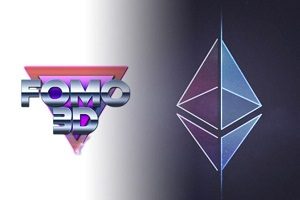 Fomo3D is marketed as a decentralized game where users can buy tokens or keys using ether currency, and the player’s ether is sent to a smart contract or pot of combined money. For every key that is purchased, 30 additional seconds are added to a timer. The last person to buy a key before the timer runs out is the winner and wins the whole pot. Because gamers buy keys to try and become the last key holder when the timer gets down to zero, the pot continues to grow. In addition, key holders are paid a portion of the pot as dividends, which makes them more interested in getting to the pot.

The pot on Fomo3D is at 26,000 ether, and each key currently costs about $2.50. There is no telling when the contract will run out because each key purchase triggers additional time on the clock. The makers of Fomo3D state that the contracts are run via computers and there is no human intervention.

In essence, Fomo3D is a type of gambling, run much like a lottery in that the players are playing for the chance to get the pot. However, the creators of the game do not see it that way.

PoWH3D, which stands for “Proof of Weak Hands 3D,” bills itself as a cryptocurrency exchange that allows you to trade Ethereum for P3D tokens. These tokens allow the holder to earn money in ether each time someone buys, sells, or trades the token based on the total number of tokens held. In a sense, the creators of the game are hoping it brings in more buyers who give ether to more holders of the coin. The game works much like a reverse hourglass — the balance of the money is always in flux. The creators are hoping that the novelty of the game will bring in additional players, which means they will put in additional money.

Increasingly, people have become accustomed to using national currency to play games with cryptocurrency. It remains to be seen whether the games will draw in enough people to be as popular as state or national lotteries. Ethereum’s creators are banking that, eventually, gamers will be as drawn to their platform to gamble as they are to the state lotteries.