A former investigator for the District Attorney’s office was sentenced to four years of probation for participation in a nationwide bookmaking enterprise. He had a thirty- year career in law enforcement. He stated he helped with the bookmaking enterprise because he had a gambling problem. 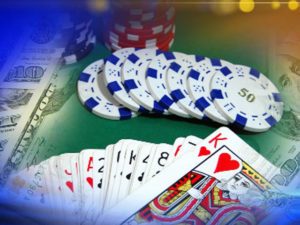 While Colorado said yes to the legalization of marijuana in 2014, it is rather restrictive when it comes to gambling. There are two tribal casinos in the state currently. Both of the tribal casinos operate near the Four Corners region of the state. One is the Sky Ute Casino Resort in Ignacio. It is owned and operated by the Southern Ute tribe. The casino has 45,000 feet of gaming space and offers slots, bingo, and table games. This casino resort is close to Chimney Rock National Monument. In addition to casino gambling, the Sky Ute has also been the scene of boxing and MMA matches.

The Ute Mountain Casino does not have a resort hotel atmosphere, but still offers plenty of gaming space. There are table games, Keno, slots, and several varieties of poker. The casino does not have a hotel. But it has an RV site for full and partial hookups so customers can take advantage of the natural scenery. This casino is located by the Trail of the Ancients Scenic and Historic Byway and the Ute Mountain Tribal Park.

State law also allows for casino gambling in cities or towns if the town approves them. So far, only three localities: Blackhawk, Central City, and Cripple Creek are allowed to have casino gambling. While other places have been authorized, all other city proposals up to the present day have been rejected. These three casinos are significantly smaller than the tribal casinos and are not as well visited.

Chuck Widup worked in law enforcement for over thirty years. The first sign that something might be wrong was when he was arrested for DUI eight years ago. Interestingly, Widup decided to fight his charge, and people within the Attorney General’s office started talking. In the beginning, no one was really listening, and Widup switched positions. He moved from the State Attorney General’s office to the office in Pueblo. The investigation began when the office was informed that he was gambling and helping sportsbooks avoid police charges.

The investigation uncovered the fact that Widup was gambling and he was actively assisting a large nationwide bookmaking ring. The bookmaking ring had locations in major cities and mid-major cities throughout the country. According to the investigators, Widup was betting on sports, but was also recruiting other people to play sports. Widup was also accused of hiding gambling money for the bookmakers and issuing bribes to police departments.

Instead of fighting the charges, Widup pleaded guilty to assisting the sportsbook and attempting to influence a public servant. He must complete 150 hours of community service, if possible, in areas of gambling prevention. In addition, he will be on probation for four years. During the four years, Widup must stay away from all aspects of gambling. If he does not, probation could be revoked. The sixty-nine-year-old investigator gets to keep his pension. However, he may have to forfeit it if he does not adhere to the rules of his probation.