For the last twenty years, Native Americans have been able to operate casinos and bingo parlors at their own discretion. Under federal law, Native Americans are allowed to operate casinos in states that do not allow other forms of gambling. Tribes are not governed by the states, but by treaties with the United States government. Reservations are in fact, separate countries with their own laws.

This makes disputes between the states and the tribes more difficult to settle, as is the case of the Iipay Nation, the state of California and the Federal government and an online bingo parlor. 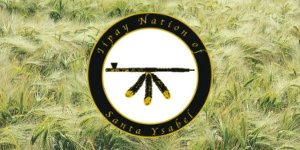 The Iipay of Santa Isabel, also called Kumeyaay or Mission Indians, have lived on a reservation in California since the 1890s. They are a small tribe, about 250 registered members, most of whom live on the reservation in San Diego County. The Iipay nation was looking for a way for the tribe to make money to provide social services and jobs for its people. The tribe had a Santa Ysabel Resort and Casino, which had a restaurant, as well as a bar and grill. When the Great Recession hit in 2008, the properties struggled, and eventually went out of business.

The Desert Rose Casino is a casino operated by the tribe exclusively online to people who live in California. To play bingo online, customers can purchase bingo cards that have number grids on them. Numbers are drawn in random order. The numbers that are matched on the cards with numbers drawn are marked. A winning card has marked numbers in a pattern determined before the start of the game. Winners were paid out in cash on the website. The bingo game launched in November 2014. 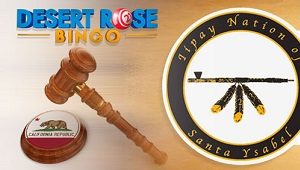 Almost immediately after the Desert Rose Casino began operating, the federal government tried shutting it down. The federal government has argued the online casino violates the Unlawful Internet Gaming Enforcement Act (UIGEA) of the United States. Since the game is on the Internet, it is impossible to determine whether players are playing only on the reservation.

The tribe’s position has been that it does not matter where the gamblers are playing the game. The equipment, money, servers, and payouts are done on the reservation. According to the tribe, they have every right to operate the game under the Indian Gaming Regulation Act (IGRA).

The state of California and the US government sued the tribe, citing the violation of the UIGEA. The district court in California agreed with the government. However, the Iipay tribe appealed to the Ninth Circuit Court of Appeals. The court found the tribe violated the law since they offered gambling services to people outside of their reservation.

However, the tribe has continued to appeal, which opens up a new argument between two existing laws. The UIGEA states that online games are illegal in the United States if they are played for money. But the IGRA states that Indians can operate games on their land, whatever games they choose to operate. The federal and state governments have asked the Ninth Circuit Court not to review the ruling. However, the tribe has appealed. It is possible the dispute may end up in the Supreme Court. The tribe can now argue that other states, such as New Jersey and Pennsylvania allow online gaming and sportsbooks. New Jersey and Pennsylvania do not know for certain where their patrons are located.