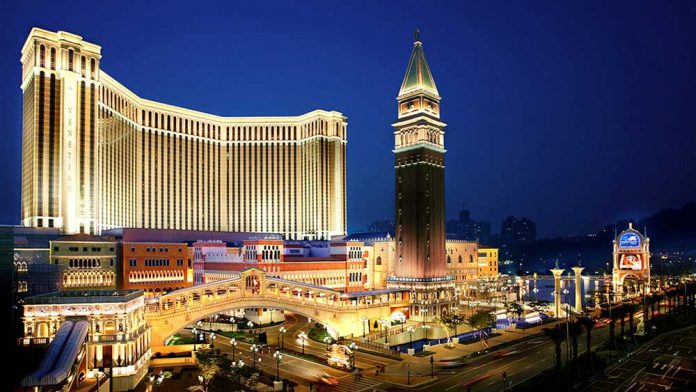 Sheldon Adelson is exploring options for selling Las Vegas Sands properties in Vegas for $6 billion, which would mark the end of LVS in the U.S. gambling market.

LVS may sell its Las Vegas properties, the Venetian, the Palazzo, and the Sands Expo Convention Center. These properties may go for $6 billion or more if they can find a buyer in these troubling times.

Covid crippled the gaming industry and decimated the convention market, which makes up half of all revenue in Las Vegas. By signaling his exit from Las Vegas, Adelson’s decision may be a bad omen for the future of Las Vegas.

Sands is one of the largest casino companies by total profits, with a market value of $37.5 billion. Sands casinos in Asia generated 63% of the company’s total profits, leaving Adelson with the choice to dump Sin City like a bad habit.

However, it is uncertain which casino companies could currently drop $6 billion on the Sands casinos in these troubling times. Caesars Entertainment is probably out of the bidding due to its massive takeover of Eldorado Resorts and William Hill.

The only other gaming giants with enough cash to float a bid would be MGM Resorts and Wynn Resorts. But Wynn, like LVS, is more focused on Asia at the moment.

If there are no takers among the usual moguls, LVS may look to a private equity firm to pawn off its Vegas valuables.

Adelson’s focus on the lucrative Asian gaming market is centered in global gambling hub Macau, with a nice side gig in Singapore. Sands Macau accounts for the lion’s share of the company’s revenue, and Adelson’s Cotai Strip in Macau is the center of his Eastern action. The Venetian Macao will remain in the game while its western cousin is on the auction block. 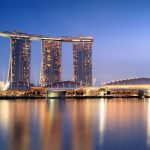 Marina Bay Sands, the Singapore arm of Adelson’s Asian business, holds the iconic resort with the same name. Sands dropped its bid for the budding Japanese gaming market, citing concerns that the terms were not favorable.

Sands is expanding in both Macau and Singapore and is planning a $2.2 billion investment in Macau alone. The 87-year-old Adelson, one of the richest people in the world, has a personal fortune of nearly $30 billion. He has also expressed interest in the New York City gambling market, which is set to open in the near future.