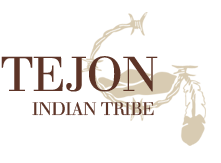 The Tejon Indian Tribe has been allocated 306 acres of land by the Federal government, and the tribe plans to use 52 acres of the land for a casino resort partnership with Hard Rock International. The Hard Rock Hotel Hotel & Casino Tejon will be located 20 minutes south of Bakersfield, California. The resort will feature a casino, a 400-room hotel, restaurants, convention center, entertainment venues, a spa, and an RV park.

A virtual town hall meeting was held last week to give the community a chance to weigh in with their thoughts and opinions regarding the major casino resort development. The feedback was mostly positive, and most people were excited about the economic opportunities the casino project will offer. In addition to the $600 million investment, there will be 1,000 local construction jobs and 2,000 permanent casino positions, not to mention a huge piece of the pie for the Tejon Tribe and tax revenue for the region.

Kern Economic Development Corp. President and CEO Richard Chapman summed up the consensus. “This is really a game-changer. We’ve all heard about the $600 million impact of the project, but that does not count the future, new money coming into our economy,” Chapman said. “This is going to create much needed economic parity.”

Locals in the Bakersfield area are celebrating the arrival of such an ambitious project. According to local resident Dick Taylor, “If somebody would have told me 20 years ago that a Hard Rock casino was going to be built near here, I would have told them that they had rocks in their head,” Taylor said. “But it is exciting to see that this is going to be a reality.”

Bakersfield is the ninth largest city in California, a sort of drive-over town between L.A. and the rest of the state. It ain’t easy being number 9, and the local economy has suffered recently. But a multi-million-dollar casino resort may be just the economic jump start the ailing area needs.

Hard Rock International has been continuing to expand operations in California, including the recently opened Hard Rock Hotel & Casino Sacramento at Fire Mountain. The Sacramento Hard Rock is the result of a partnership with the Enterprise Rancheria Tribe.