The Florida Legislature is ready to again take up the issue of whether to legalize sports gambling. For some states, the notion of allowing sports gambling is an easy one. New Jersey managed to pass a bill allowing sports gambling in a few months. However, nothing in Florida is easy. Florida’s decision to allow or ban sports gambling has two problems. First, the legislature is laboring under the restrictions of a constitutional amendment approved by voters in November. The amendment means voters must approve any new casinos. Second, the Seminole Tribe currently operates the only casinos in the state. The tribe has been at odds with the state over money and gambling rights.

The New Push for Sports Gambling 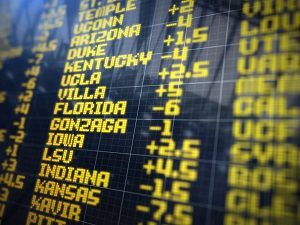 Before last May, the question of sports gambling was moot. Single-sport gambling was illegal in every state except Nevada. Congress passed the Professional and Amateur Sports Protection Act (PASPA) in 1992, which outlawed sports gambling. The state of New Jersey sued the government, saying it had the power to regulate business within its borders. The U.S. Supreme Court agreed and struck down PASPA.

Since last May, many states have rushed to at least consider sports gambling. There are currently nine states that have legalized sportsbooks. These states include Delaware, Rhode Island, New Jersey, Pennsylvania, Mississippi, New Mexico, Arkansas, Nevada, and West Virginia. Researchers estimate the sportsbook market to be worth as much as $150 billion nationwide. Researchers also estimate that as many as 20 states may have legalized sportsbooks by the end of 2020. Several state legislatures are considering legislation to allow sports gambling this year. These states include Louisiana, Indiana, Illinois, Michigan, and New York.

The Nature of Gambling in Florida 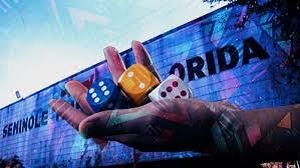 The Seminole Tribe is the sole operator of casinos in Florida. That is because it’s a recognized federal tribe. The Federal Tribal Gaming Act, passed in the late 1980s, allows tribes to open gaming businesses, including casinos, on their reservations. The Seminole Tribe currently operates seven casinos in Florida and owns the thriving Hard Rock company. The tribe estimates its annual income from its businesses to be around $15 billion. Under federal law, the state of Florida doesn’t get any of the revenue.

Many Florida legislators want to reach an agreement with the tribe. They don’t believe the Seminoles should get to keep all their revenue from gambling. Before the opportunities for sports gambling, the tribe had no interest in sharing revenue with Florida. However, now that there is the possibility sports gambling could become legal, the tribe has shown an interest.

The Seminole Tribe and the state have been at the negotiating table for months. The main topic of discussion has been sports gambling, but there are other topics they discuss as well. Sports gambling is the impetus for a larger conversation about revenue sharing, card games, and additional casinos. The Seminoles’ position is that the state of Florida signed an agreement with the tribe for gambling. The agreement gave the Seminoles a monopoly on card games. These games would include blackjack and poker. However, the state has argued it has the right to expand gambling at parimutuel sites. The tribe doesn’t own any parimutuel gambling sites. The Seminoles also don’t own horse tracks. Betting on horse racing was the earliest legal form of gambling in Florida. Florida has also argued the tribe shouldn’t expand gambling sites without sharing some of the wealth with the state.

The Seminole Tribe has maintained that, under federal law, it doesn’t have to share anything with the state. The tribe wants to continue to expand its business, however. While it might be difficult to build new casinos, the tribe could add sports gambling to its properties. Whether or not either party likes it, they will have to work together so Florida can offer sports gambling.