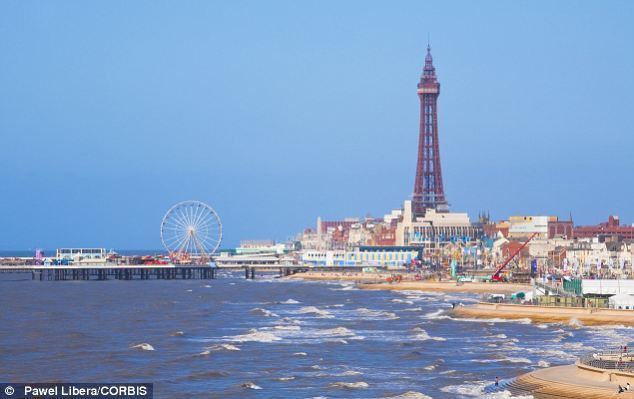 The seaside town of Blackpool in the UK has no shortage of gambling and entertainment venues, but when one of them closed a few years ago, the space remained empty for a while. With a great location just next to Blackpool FC’s stadium, the space was just begging to be occupied by something cool.

So when Andy Palmer, owner of Arcade Club – which already has branches in Bury and Leeds – took over the space and offer an option for an alternative gaming space, everybody was excited. Arcade Club is just what it sounds like: a place to play the best retro arcade games. “We buy gaming machines which you don’t seen any more and restore them so people can come and enjoy the games of their youth,” Palmer says. “Years ago Blackpool was the place to go and play these games, but there are none of these old-style arcades left anymore.”

Palmer, who says the place will be up and running by February, hopes the club will attract more people to Blackpool – rather than only bringing gamblers to the town, it will now also be “the” place to go in the area for slot machine arcades.

In a fun twist, the machines themselves will be free to play. Instead, visitors will pay a single entry fee in exchange for a day pass. This will not only allow people to play all games for free once inside, but also to come back later in the day if they want to keep playing. Because Palmer wants to cater to adults rather than children, anybody under 16 will only be admitted when accompanied by an adult.

Although the place has been empty since 2015, Palmer says it remains in excellent condition, and rather than refurbishing the entire place, he will make use of what’s already there.

“It is still in very good condition inside and we have kept as much as we can including the restaurant and bar,” Palmer says. “We will be bringing in more than 200 original arcade machines, and also refurbishing the outside of the building.” This will not only provide more services for visitors, but it will also create about 30 new jobs for the community.