The largest resort-casino in North America, and the fifth largest in the world. Foxwoods has 9 million square feet of entertainment, gaming, shopping, dining, and hotel spaces. It is owned and operated by the Mashantucket Pequot Tribal Nation.

The Popularity of Live Streamed Gaming 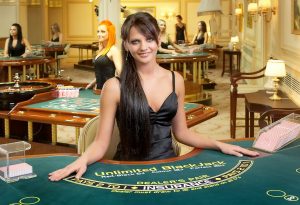 Online gambling has become one of the most popular ways of placing a wager. More punters than ever are choosing to access their favorite slots and table games virtually through the Internet rather than going out to brick-and-mortar premises. However, online gaming has several drawbacks, the most commonly expressed is the lack of social interaction and the lack of atmosphere in remote gambling.

In the last couple of years, however, online casinos have addressed this complaint, opening the opportunity for live online gambling. Players can stream the table game action in real time to their PCs or mobile devices. The benefits of live-streamed gaming are punters can chat with the other players and the dealer and can physically see the game from every angle. However, usually, live games are streamed from a dedicated studio rather than from a casino gaming floor.

This groundbreaking deal will enable online players from around the world to gain access to live table games for the first time from a land-based casino gaming floor in the United States through the Authentic Roulette product, which is supplied by the Malta-based company.

European roulette will be the first of the table games to appear online, and the games will be live-streamed from the VIP room at Club Newport at one of the six casinos in the resort, the Grand Pequot.

A further benefit of this partnership is that online operators will be able to bring their punters exclusive promotions, such as trips to the Foxwoods Resort in Connecticut, with shopping sprees and nights in the casino thrown in.

The Foxwoods Resort and Authentic Gaming partnership promises to take the Authentic Roulette product to another level, offering players online a thrilling and unique experience that will be driven by the cutting-edge high-definition audiovisual technology offered by the Malta-based supplier.

The CEO of Authentic Gaming said that the deal was a breakthrough, not only for the company itself but also for the entire online gaming industry as a whole since it marks the first time a live casino table game has been live streamed directly from an American casino gaming floor to players in Europe. 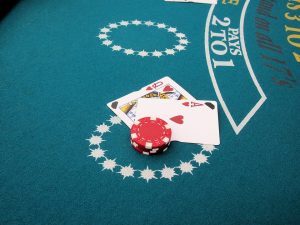 Since Foxwoods Resort is America’s biggest casino complex, with thousands of slot machines and hundreds of table games, it is highly likely that players will be attracted to live games that are streamed from the resort. This way, they will be put straight into the middle of the gaming action.

The Director of Online Gaming at Foxwoods has also expressed satisfaction at being the first American casino that would live-stream games to players on the Internet around the globe because the chance to boost the casino’s brand on an international scale was too good to be missed.