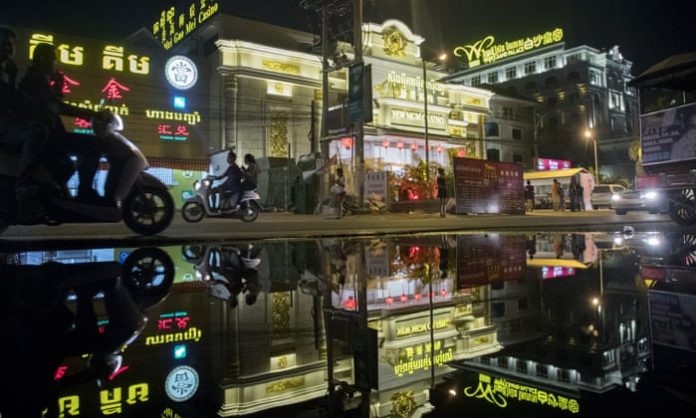 A couple of days ago, cameras in the small coastal town of Sihanoukville caught a car stopping in the middle of a busy street. The door opens and a dead body is quickly pushed onto the street before the car takes off. All of it in broad daylight.

While the event sends passersby flying in fear, the event isn’t that unusual for the once quiet town. Cambodia might not have the lush appeal of Macau, but over the past few years, the influx of Chinese gamblers has transformed the town into a gambling mecca.

And as gambling grew, so did violence.

The body, later identified as that of a loan shark, is also a sign of how Cambodians are taking the gambling invasion. “It’s scary,” says Phay Siphan, the spokesman for Cambodia’s cabinet.

A Growth That Can’t Be Stopped

The town of Sihanoukville has plans to open 100 casinos in the next couple of years. Most of those are already operating in one form or another, with additions and expansions to come.  That’s a density higher than the casinos you’ll find at the Las Vegas strip.

Not only is the area attracting Chinese gamblers, but also Chinese investors. In fact, most of the casinos in the area are now owned by Chinese businessmen and investors, many of which don’t even live in Cambodia. “There are many who get rich overnight, so that attracts many Chinese investors here.”

Unfortunately, Sihanoukville is also attracting a different type of Chinese immigrant as well: the ones connected to organized crime and drug trafficking. 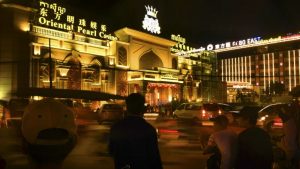 This, together with the lack of police support to control the growing violence, has caused a very volatile situation.

“You have building codes that have not been adhered to, you have crimes that are basically unmonitored and unpoliced. You have scores of incidents to do with Chinese gangsters, kidnapping, robbing and perpetrating crimes of various sorts.”

Cambodian casinos are also heavily focused on online gambling, allowing Chinese nationals a chance to chase their luck even though gambling is illegal in China.  And while casino owners deny that they’re specifically targeting Chinese residents, it’s clear that they are their primary market. “Once they got hooked, [online syndicates] would then perpetrate all sorts of scams, including in some cases downright fraud and manipulation of the gaming results,” says Ben Lee, managing partner at IGamiX Management and Consulting.

This is a popular strategy with online casinos in Cambodia, which use a number of strategies to lure people to gambling sites. Some of them even involve women luring men into online relationships and then eventually getting them involved in gambling. It’s an unexpected twist that seems to be working incredibly well.

No Way to Win 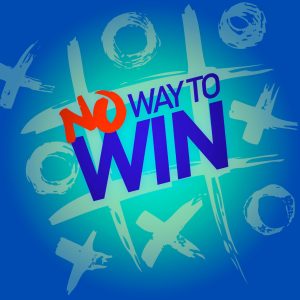 Since many of the online games are rigged, casinos can make sure new players win at first. This keeps people coming back for more, often under the promise of bigger bonuses and rewards, though these never materialize, and the house keeps the edge forever after the initial few bets.

Many Chinese gamblers eventually arrive in Cambodia, some with large suitcases full of money. They’re hoping to win back their money with bigger bets, but they are often detained at the airport and their money confiscated. Even if they make it through, the gambling syndicates will make sure the money is all spent as quickly as possible.

As things continue to get worse, Chinese authorities are starting to fly into Cambodia to arrest members of extortion rings. How effective this is remains to be seen, but at least things are moving in the right direction.