While cryptocurrency and blockchain technology is relatively new, there is already competition for the number one spot in applications that use cryptocurrency. Buying digital kittens on the CryptoKitties app has been the most popular application that uses blockchain technology for months. Recently, however, the fluffy little kitties have been replaced by gambling applications. While the takeover of the CryptoKitties app came as a bit of a surprise, gaming apps that use cryptocurrency are considered to be the wave of the future in gaming technology. 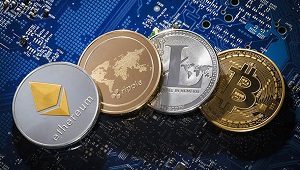 Cryptocurrency is a kind of currency that has been around for close to a decade when Bitcoin was introduced. Unlike traditional forms of currency, cryptocurrency does not rely on government backing or precious metals to have value. Instead, it relies on the market as a whole to determine its value. Cryptocurrency has become popular for a variety of reasons. One of the reasons is it is difficult to trace, which makes it an attractive format for gamblers who cannot gamble in their own countries.

CryptoKitties started out as a simple game involving cat breeding and playing. While it sounds simple, so many people were playing the game using cryptocurrency and blockchain technology that it clogged the blockchain currency Ethereum in 2017. CryptoKitties, which has been around for about two years, has remained popular. However, its popularity has waned a bit, and it has been replaced by a gambling application that also uses blockchain technology.

The gambling application, called Fomo3D, attracted five times the number of users than the CryptoKitties application in a 24-hour period. Fomo3D is a gaming app that allows one player to try and outwit another and scam him or her out of his or her money. While it is a form of gaming because players win currency, it is not a traditional gambling game. Players try to scam other players to give up keys, and these keys may or may not open a door, which contains a treasure. Players have to buy keys to view the treasure. Therefore, when one player tricks another player out of keys because the key is the commodity, the winning player wins cryptocurrency even if he or she does not unlock the door to the treasure. Depending on the day, because the key is what is traded, each key can be worth thousands of dollars. On its record-setting day, the app transacted more than $40 million.

Other Gaming Apps on Blockchain 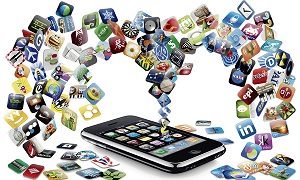 There are 21 other projects that have raised another $300 million in their coin offerings, and the majority of those projects involve gaming.

While cryptocurrency is the gambling wave of the future, there are some people, including businesspeople invested in gaming, who believe that cryptocurrency is still very volatile. In one week, Ethereum’s value dropped 75 percent, and Bitcoin’s value dropped 70 percent. However, both cryptocurrencies have seen unprecedented rises in value as well, with both Bitcoin and Ethereum’s values quadrupling in one week. While many people are excited about the potential of cryptocurrency, others are concerned that as quickly as money can be made, money can also be lost.

There can be no question that applications that involve gaming and cryptocurrency can be moneymakers for investors. But, the question remains how long investors will stay in the gambling/cryptocurrency game.