The American Gaming Association, the largest industry group of gambling companies, has released its figures for 2017. The figures show that the industry contributed more than $250 billion to the U.S. economy for the year. That represents a nearly 10 percent increase from 2014.

Gambling in the United States 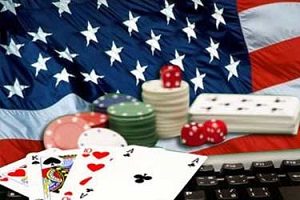 There has been some form of gambling in the United States since before the country existed. There were no laws against gambling back then. In fact, the colonists used lotteries to help raise revenue for the colonies. They used the money in times of natural disasters or to pay for battle expenses. The South would revive this practice after the Civil War to raise money to repair its infrastructure. Through the end of the 19th century, the states also used lotteries to help improve schools and universities. Riverboat gambling became popular as people moved up and down the major rivers of the United States. It was easy for people to gamble on the boats. And, they could gamble out of the reach of law enforcement.

Gambling in gaming houses and saloons across the United States continued ungoverned and unabated until the turn of the 20th century. That’s when the government began to outlaw gambling and alcohol consumption. It wasn’t until the end of World War II that casino gaming returned and found a home in Las Vegas. Atlantic City began to open casinos at the end of the 1970s as a way to prop up its sagging economy. The Seminole tribe also opened a casino in Florida. Other tribes across the country followed the Seminole’s lead and opened casinos. In the 1990s, more states began to legalize gambling through casinos or lotteries. Currently, there are 43 states that have some form of legalized gambling.

The Economic Impact of Gambling

Of the $261 billion that gambling generated, more than $40 billion went toward federal, state, and local taxes. This was according to the report. The taxes paid by gambling businesses means that different states use the gaming revenue differently. Some states put the gambling money toward education and educational services. For example, lottery revenue in Georgia pays for two educational programs. One makes prekindergarten available to students across the state. The other, called the Hope Scholarship, allows students to attend college or trade school at a reduced cost.

All told, the industry had direct spending of $109 billion. This includes patrons spending money at casinos and casino trips. It also includes purchases made in the casinos. People also spent money on food and drink, staying at the casino, and buying tickets for entertainment at the casino.

In addition to tax revenue, the gambling businesses supported around 2 million jobs in 2017. That means if they combine wages, salaries, tips, and benefits, the overall economic impact is nearly $75 billion a year. Researchers have noted that gaming businesses hire more people than the motion picture and television industry. Of the 2 million workers, the gambling industry directly employed about 750,000 people. This includes the 361,000 people employed by casinos and the 198,000 who work at Native American casinos.

Clearly, casinos and other forms of gambling have contributed greatly to the economy of the United States. This is especially true in areas where there isn’t much business, such as the riverboat casinos in Tunica, Miss. These casinos are responsible for job growth and job creation in this area of northeastern Mississippi. That is not only beneficial for the casino industry but the surrounding area as well. Casinos and other forms of gambling are a positive step toward further job creation.