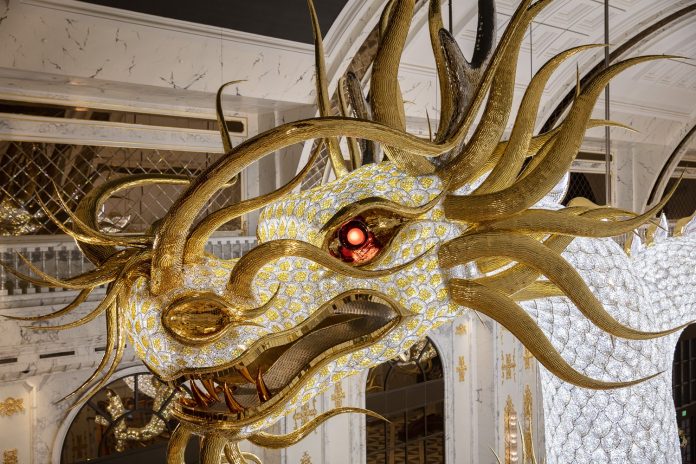 A glass company located in the North Bohemia region of the Czech Republic has created the largest jewel piece in the world for a casino in Saipan. The custom-made installation involves two dragons fighting over a pearl and contains 2.5 million crystals and 300,000 LED lights.

Bohemian crystal is world famous and dates to the middle ages. The hand-crafted, blown, engraved, and painted crystal has been world renowned for centuries. Fine crystal is noted for its lead content, which allows for easier engraving and superior light refraction.  Bohemian crystal pieces are a major tourist attraction and huge Czech export, but the industry has been struggling in the digital age. Until now.

A relatively new Czech glass firm is taking it to the next level. The Czech company Lasvit (est. 2007) takes the ancient art of glass making and combines it with modern design and technical enhancements. Master metalsmiths and glassmakers are building on old traditions to make modern masterpieces, like the giant crystal dragon installation ordered by the Imperial Palace Casino in Saipan.

The finished piece of techno-bling took three years and hundreds of artisans to create – and it is awe-inspiring. Each of the two dragons is 50 meters long and covered with 13,000 stainless steel scales surrounding 2.5 million crystals and 300,000 LED chips. The total weight of the piece is 40 tons, and it is all suspended from the ceiling of the atrium of the Imperial Palace Casino. The Pacific island of Saipan is a commonwealth of the United States and part of the Northern Mariana Islands. 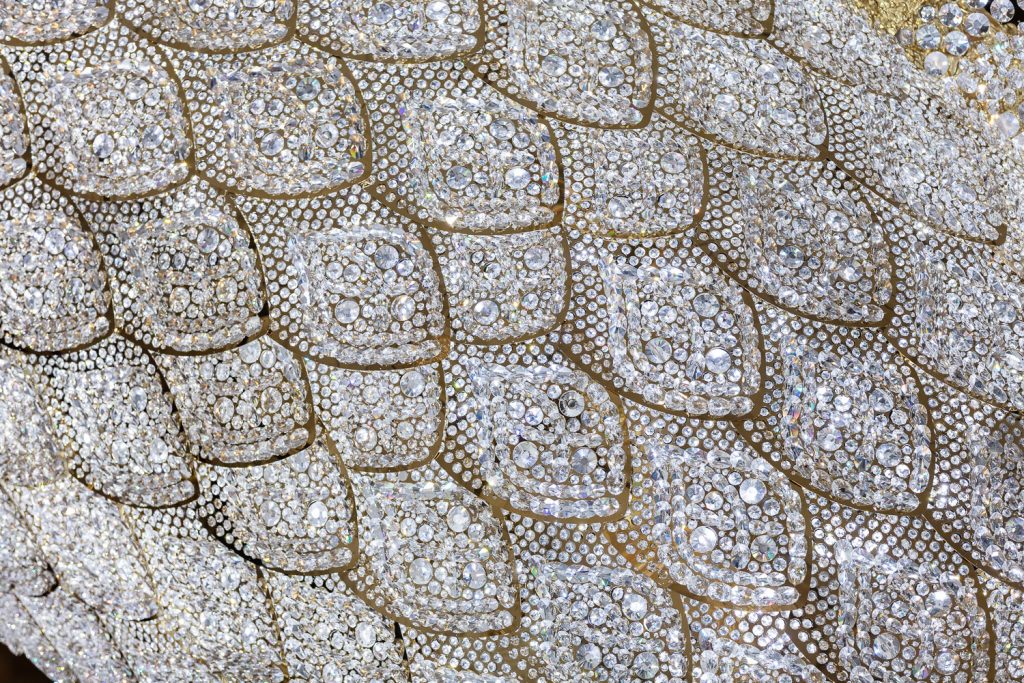 The technical marvel was not just in the size and scale of the project – deemed the largest of its type in the world. Due to earthquakes and the monsoon season in the Pacific island of Saipan, the crystal dragons must be earthquake and weather proof. According to designers, the installation should withstand a magnitude 7 earthquake.

The Lasvit company has won several prestigious art and design awards and hopes to enter the crystal dragon installation into the Guinness Book of World Records.