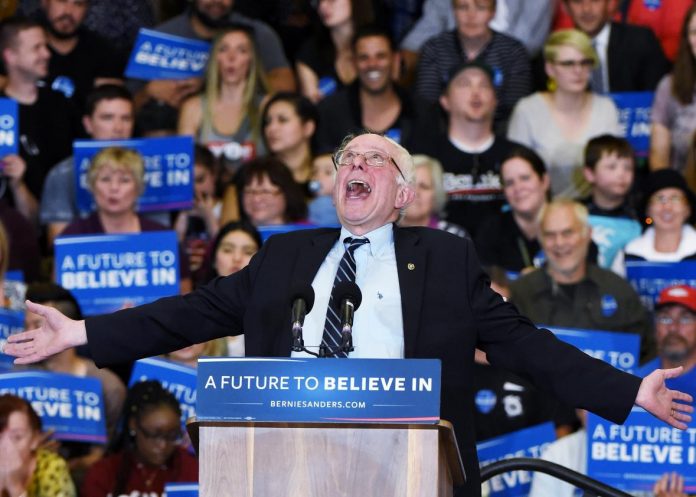 In a special caucus session held in Las Vegas Strip casinos, Nevada’s casino workers spoke out in favor of Bernie Sanders as their choice for Democratic presidential candidate. Even though powerful casino labor unions warned workers that their health care plans would be changed if Sanders won the election, workers chose to back Bernie anyway.

Labor unions exist to ensure that workers receive fair and just treatment from their corporate overlords, among other things. But Las Vegas casino workers stood behind Bernie Sanders – union or not – to put him in ahead in the presidential primary race. The powerful Culinary Workers Local 226 set up seven caucus sites to allow voters to make a choice. After a caucus meeting at Bellagio, Bernie Sanders emerged as the current frontrunner in the Nevada Democratic caucuses.

Worried that a ‘Medicare for all’ healthcare plan touted by Sanders would dismantle the union healthcare plan, the Culinary Local 226 warned workers about the change. Regardless, many union members and non-union workers decided to throw their support behind Sanders.

The reason? One union member and Bellagio hotel worker who chose to remain anonymous said that it is important to her that her children have healthcare coverage that isn’t dependent upon her being in a union. In case of a job loss, casino workers would still receive coverage for their entire family under Bernie’s Medicare For All plan. 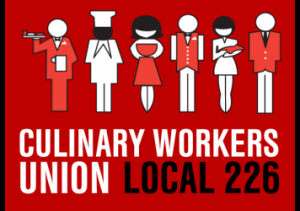 The Culinary Workers Local 226 has 60,000 members and enough power to set up the seven “Strip caucus” sites in Las Vegas. The union has been very vocal about their concerns regarding a Sanders vote. According to the New York Times, the Union distributed leaflets to members saying that Sanders’ government-run insurance plan would force “millions of hard-working people to give up their healthcare.”

Regardless of union warnings, at least four out of the seven caucuses came out in favor of Sanders. Union workers overwhelmingly said they would prefer choosing their own doctors rather than being stuck with the limited union doctor choices. And private insurance companies keep raising their premiums.

The results of the Las Vegas “Strip caucuses” will carry momentum forward to the primaries in the neighboring state of California. Sanders is a favorite of working-class voters and Latinos, who represent large numbers in California. And with the constantly rising cost of living in the Golden State, workers are betting on the candidate who can’t be bought and paid for by wealthy corporate health insurance companies.