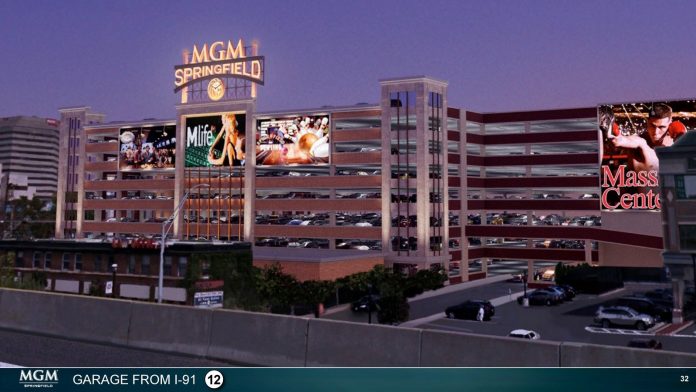 A brand-new, multi-million-dollar casino resort in the state of Massachusetts will be opening its doors to tourists and eager gamblers for the first time on August 24th.

Located in Downtown Springfield and covering a span of 3 city blocks; this massive $960 million dollar establishment is said to be home to a gaming space of 125,000 square-feet, with over 2,500 video slot machines, 120 gaming tables, as well as a poker room complete with exclusive VIP area.

It will also include its very own five-story hotel, movie theater, spa and wellness center, bowling alley, golf course, shopping amenities and various places to wine and dine.

Aside from a multitude of entertainment and accommodation facilities, the new MGM complex is also said to expect a high police presence on the opening day, as part of a binding legal agreement it has in place with the state.

Before plans for constructing the casino were set in motion, the Mayor of Springfield (Domenic Sarno,) expressed his concerns over public health and safety during the inauguration, and took the decision to put forward a $13 million combined investment between the city, state and MGM Springfield, to have a permanent Police Task Force known as the ‘Gaming Enforcement Unit’ situated at the resort at all times. This unit will be responsible for the safety and welfare of everyone within the resort, and will be the first point of call for any criminal or illegal activity.

Launch day itself is set to draw in thousands, and will be celebrated with a street parade 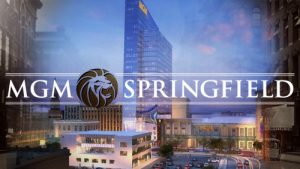 and feature state and local officials alongside the Budweiser Clydesdale. It has also been reported that 40 police officers will be deployed and stationed on various streets and parks, an additional 50 officers in the metro areas and nearby Police kiosks, as well as 25+ officers to patrol the boundaries of the resort and Main Street over the course of the opening weekend.

Each unit will home approximately 20 officers and be comprised of both Massachusetts State Police and Springfield Police officers. The casino’s security staff will also be at hand to assist with any problems, but will not be assigned to any specific unit. The agreement between the casino and police forces will remain in place until 2033 – the year MGM’s initial gaming license is due to expire.

Barry O’Brien the Lt. Col. Deputy Superintendent of the Massachusetts State Police, said “Really, the goal of the Gaming Enforcement Unit is to ensure everybody has a safe and enjoyable experience with MGM. Unit members have been all over the country learning about best practices in all types of casinos.”

Aside from its ties with the local police forces, possibly one of the biggest talking points about the grand opening of the MGM Springfield Casino Resort is the GameSense program set to be put in place by the Massachusetts Gaming Commission.

The program includes a website offering advice and information on responsible gambling, and an official GameSense center which will be open to the resort’s guests between the hours of 11am-1pm, with professionally trained advisors on stand-by. The campaign is said to be funded by the state’s Public Health Trust Fund and will be put in place from August 20th.

The Gaming Commission have been in talks with MGM for nearly 4 years about the prospect of introducing the program, when MGM expressed their ideas for launching a campaign which would highlight the dangers of gambling to both their customers and non-gamblers. The Executive Vice President of Global Affairs for MGM Resorts International Alan Feldman, said in a recent report ‘”We had been very focused on problem gamblers, which is a very small minority of people, but we really weren’t communicating with the overwhelming majority that have no problem. It’s not just the right thing to do, it’s where this topic stands in this industry.”