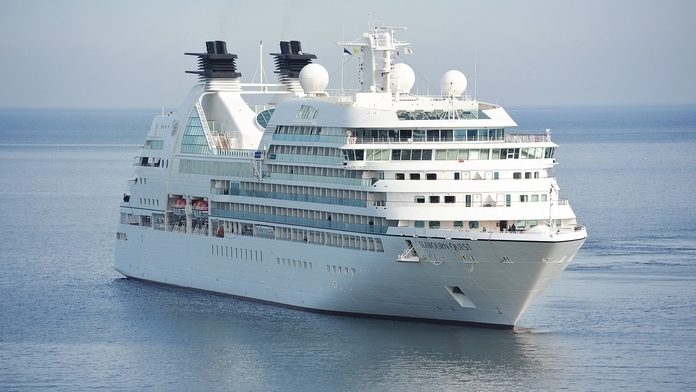 One person died and 15 were injured after a fire erupted on a casino shuttle on the Gulf of Mexico minutes after it left the Florida coast.

What Caused the Fire

According to the gambling news website calvinayre.com, the fire broke out after the ship’s engine experienced some trouble. One female passenger, 42, was severely injured. After returning home, she checked into the Regional Medical Center Bayonet Point, and died an hour later from her injuries, according to a hospital spokesperson. Beth Fifer, spokesperson for the Tropical Breeze Casino, the resort to which the ferry was headed, said she did get in contact with the woman’s family, but would not give any further details about the contact. The deceased woman’s name still remains unknown. Another 15 passengers were injured and taken to various hospitals in Tampa. They were treated for their injuries, which included smoke inhalation, anxiety, and other small injuries that were not life-threatening.

The shuttle makes this trip to the casino near Siesta Key several times a day. That’s what makes this ordeal even more of a shock, as well as a mystery. The boat was headed to the Tropical Breeze Casino from Port Richey to an on-the-water casino boat located a little more than 3 miles offshore near Siesta Key. A total of 52 passengers were aboard the shuttle. The 14 staff members and 36 passengers jumped from the flaming shuttle into the cold water.

A passenger who survived the incident has filed a lawsuit against the Tropical Breeze. According to tbo.com, Deborah Jero, 65, filed a suit that stated the accident caused her “serious mental anguish and trauma.” The suit also says she suffered from “serious physical injuries from the forced jump from the company’s fire-engulfed vessel.” Jero, along with the other passengers and crew, had to jump 10 feet jump from the deck of the shuttle and into 3 feet of water. Once Jero and the others escaped the flames, they had to contend with the freezing water in the Gulf, which was as cold as the mid-40s Fahrenheit.

The accident occurred Jan. 14, and Jero filed her lawsuit on Jan 19. She is suing for more than $15,000, although there is a possibility she may sue for more.

According to The New York Times, the captain of the ferry had impeccable timing. Capt. Gerard DeCanio of the Port Richey Police Department said if the captain had not acted when he did, things could have been much worse.

“Another quarter-mile out, this would have been a tragedy,” says DeCanio.

As it turns out, the captain noticed something strange not long after the boat left the dock. He saw a lot of smoke coming from the engine room. He had initially decided to turn around, but, then, he realized there wasn’t enough time. That is when he pointed the shuttle in the direction of the coastline and ordered passengers and crew to quickly abandon the shuttle and jump into the water.

The shuttle, called Sun Cruz, was taking passengers to the Tropical Breeze Casino, an on-the-water gambling site. Fifer said there were no signs of trouble beforehand. She also expressed her sympathy to the family of the woman who was killed, as well as those who were injured. She said Tropical Breeze was “deeply saddened” by the death of the boat’s passenger and one of its customers.

A similar incident occurred in the state of Texas. A cruise, known as The Jacks or Better, has had its run-ins with bad weather. There were several incidents, but no deaths.