The Stars Group, the Mother Company of PokerStars and other leading online betting and gaming providers has appointed Anomaly to be its creative agency in the US as well as globally for its flagship brand PokerStars.

The Toronto TSX-listed company, The Stars Group Inc. has confirmed the appointment of the New York and London based advertising agency Anomaly.

Anomaly won over the Stars Group after facing stiff competition for the creative job from London agencies McCann and Droga5.

Anomaly’s area of responsibility will be developing creative concepts and strategies for the Stars Group owned US properties including PokerStars newly announced UFC partnership.

Christopher Coyne, the Chief Marketing Officer at Stars Interactive Group confirmed the news of the appointment of Anomaly as their lead creative agency by stating that they were mainly impressed by Anomaly’s creative pitch. He said that the new relationship is the beginning of a new face for both the brands and that they are anticipating the results. 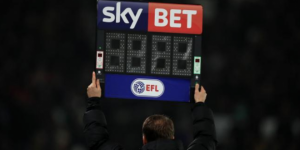 This year saw the start of an enlarged Stars Group when it moved to review its entire global marketing operations.

In March, the governance of Stars Group confirmed that the company was in the process of doing a UK media agency review for its PokerStars and Sky Bet properties. The enterprise was assessing whether to combine its buying account and, UK media planning as part of its “post-acquisition realignment”.

The groups’ governance was reported to have been reviewing its initial media pitches by several agencies with MediaSence, a marketing consultancy firm, acting as the advisor and intermediate.

The group also said that it conducts a review of its global agency roster, buying capabilities, and media planning every three years as part of its normal course of business. It added that the review spanned all brands and businesses including PokerStars, BetEasy and Sky Betting and Gaming. 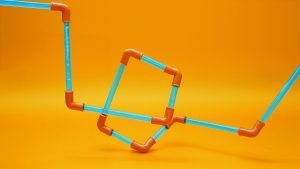 Anomaly is recognized for its very wide range of work and IP that covers both effectiveness and craft excellence. Some of its notable works include Ad Age’s 2017 Agency of the Year, the Mashies, Cannes Lions, Digiday Awards, Effies, and Jay Chiat- Fast Company’s most innovative.

The company has also been honored with several less conventional accolades such as being named as one of Time Magazine’s 2016 best inventions for innovative cannabis brand Dosist; a Toy of the Year for Mighty Jaxx as well as two Emmys for ‘Avec Eric’, a celebrity chef TV series. In all these projects, the agency either created or co-owned them.

The chief executive and partner of Anomaly London, Camilla Harrison, backed her new client’s sentiments and said that the progressive vision the Stars Group has demanded the full breadth of Anomaly’s offering. She added that it was the perfect time for the two companies to partner.

Anomaly will manage its new venture from both its New York and London offices, but will also utilize the unique talents from all the seven offices within its global network to act as “force multipliers” in the delivery of a complete global solution.