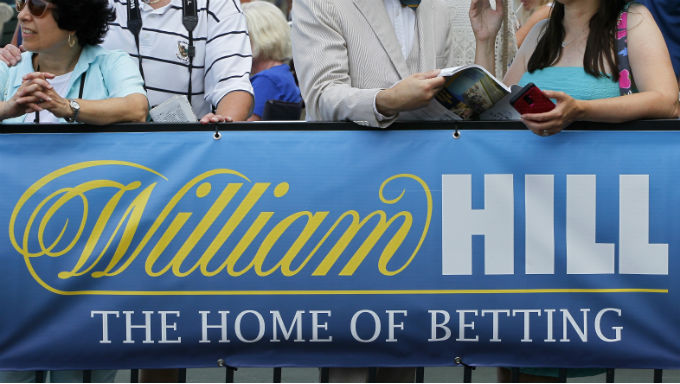 William Hill, one of the largest bet shops in the United Kingdom, is in trouble with the British government.

One of its advertisements compared success at betting on horse racing with sexual prowess. The ad got the company banned from Tinder, and it may find itself receiving a fine. However, critics of the ban point out William Hill is not the first company to link its product to sex.

A man named William Hill founded the company in the mid-1930s when gambling was illegal in the United Kingdom. Unlike other gambling companies, William Hill has had numerous owners over the decades.

The company has been the target of scandal before. For example, the company exaggerated its profits at the time of one of its sales. In the 1990s, the British government investigated and, then, jailed one of its owners. He owed more than a billion dollars in debt. In addition, the courts sentenced two of its directors to prison.

William Hill’s interesting business practices continued with the hiring of its chief executive. He is a college dropout and a self-proclaimed rascal. He had worked for William Hill for more than 25 years. He started as a Saturday clerk in a bet shop in 1973. In addition, the company partnered with Playtech in the 2000s to boost its online sales. However, Playtech’s profit margins began to suffer because of a weakening market in Asia. To say that William Hill has made mistakes in its business dealings would be putting it mildly.

The United Kingdom has an Advertising Standards Agency (ASA) where the public can complain about advertising content.

William Hill is not the first company to get in trouble for excessive sexual or suggestive advertising. Many companies have been on and off the worst offenders list over the years. And, there have been several gambling companies on the list. One of the worst offenders in the gambling industry over the years has been Ladbrokes. Ladbrokes has been in trouble numerous times with the ASA. It has made a profit from its outrageous ads on television.

In addition to television ads promoting online gambling sites, gambling companies have also been advertising online and via apps. Companies that advertise dating services, such as Match.com, have also gotten in trouble with the ASA. Match.com posted several ads that the ASA deemed offensive and banned.

William Hill sent the ad to the accounts of Tinder users. Tinder is a dating app. It read, “Stuck in the friend zone? You won’t be for much longer if you use this Cheltenham free bet offer.” Cheltenham is a horse racing betting app that William Hill operates. At the conclusion of the ad, there was a link to download the app.

The ad sparked an immediate outcry and a host of complaints to the ASA. The ASA told William Hill that the ad could not appear again without changes. The ASA stated that, by law, gambling ads cannot link gambling or betting to sexual success. People might see sexual success as attractiveness, seductiveness or prowess.

However, Tinder took it one step further. It banned William Hill from advertising on its app altogether after the March ad. Used to controversy, William Hill said it was not its intention to link gambling to sexual prowess. However, if people decided that is what the ad was about, they misinterpreted it. William Hill said the whole advertisement was supposed to be funny. The ASA has not said whether it will fine William Hill for the ad.