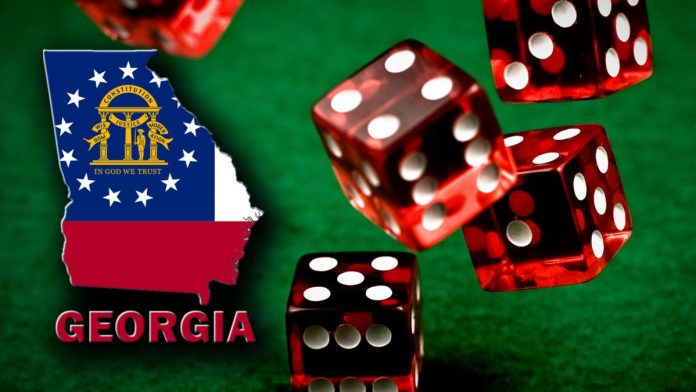 Georgia is one of the few states left in the U.S. where gambling is completely banned. As of today, Georgia residents can only head to one specific place to gamble: onboard a boat that departs from Brunswick and enters international waters to work around the non-gambling issue.

But as the Georgia State Legislature meets again this week, one of the topics to discuss is the potential legalization of gambling in the state – specifically casinos and horse racing.

On the list there’s also one specific goal: try to convert Hutchinson Island, located just across the Savannah River, into the first Georgia gambling destination.

This isn’t the first time that the island has caught the eye of Georgia lawmakers as a potential gambling destination.

In 2014, State Rep. Mickey Stephens worked to introduce legislation that would allow gambling on the island, but the bill was rejected. At the time, the Savannah Harbor Associates argued that the plans for the island were very different and included a massive mixed-use development.
Six years later, the debate is alive again.

Right now, the most important building on Hutchinson island is the Savannah Convention Center, which is set for a complete overhaul and expansion soon. The expansion could easily accommodate a casino and a large hotel – and gambling advocates are hoping to take advantage of the situation. Adding a casino could significantly increase revenues for the state, which is currently going through budget cuts and underfunding in certain areas.

Even without taking that into consideration, there’s also the fact that most Georgian residents don’t oppose the idea of legalizing gambling. And, of course, casinos always mean more tourism, which could definitely benefit the local economy in areas where a boost is needed but unlikely because of budget cuts.

Until those in power decide about the presence of casinos in the State, however, there isn’t much to be done. Perhaps this week’s meeting of the Georgia State Legislature is the first step toward achieving just that.