On an average Monday night, television viewership is split between many different television networks, especially in the age of streaming. Monday night football is also over, which further splits viewership into many different areas. However, approximately 8 million viewers tune in to a show called “The Bachelor” when it runs for about 9 weeks twice a year. “The Bachelor,” which began as a TV show in 2002, not only has its own fan base, but it has its own fantasy leagues.

How “The Bachelor” Works 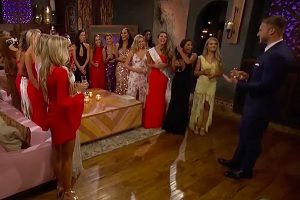 “The Bachelor” begins with an unmarried man and up to 30 different unmarried female contestants. Through a process of elimination, the man selects women he wants to continue to get to know over the course of the program. Women on the program find out he wants to continue them to the next program if they receive a rose by the end of the show. The final three contestants are invited to spend an entire evening with the bachelor. After the “Fantasy Suite” evenings, the man narrows his choices to two women. On the final night of the show, one woman is (usually) proposed to, and the other woman is heartbreakingly eliminated.

The show has spawned a “Bachelorette” show, as well as several spin-offs. Television experts say that despite all of the calls that the “Bachelor Nation” shows are false, they are still some of the most highly watched shows on TV with the most loyal fan bases. 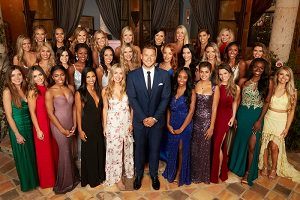 FanDuel and a few other fantasy-type leagues have Bachelor fantasy leagues. ABC, the television network that airs the show, also has a fantasy league. Some of the leagues offer cash, prizes, and opportunities to go to a Bachelor taping or a meet and greet. Before the major fantasy, league players got involved with beginning Bachelor fantasy leagues, many online leagues were formed by women interested in the show, and in picking favorites. Fantasy leagues allow players to pick who they believe the winner and the runner up will be. They also have picks for who will get the First Impression Rose after the first round. Players can decide how the women will do from show to show as well. There is also an opportunity for players to bet on events that are specific to the show, such as how many roses each woman receives, which gets the first kiss, who gets the first solo date, and who will make it to the Fantasy Suite.

Preparation for Playing the Fantasy Leagues

The preparation for Bachelor Fantasy Leagues is every bit as exhaustive as people who bet on other sports, such as the NCAA tournament. During football season or during the NCAA tournament in March, people who play fantasy leagues, or whom gamble on the team’s pour over statistics and win-loss percentages. Team injury reports are scrutinized as well. People who play fantasy leagues do extensive research on which teams they want to bet on to determine their best chances of winning. 494

Bachelor fantasy sports work much the same way. Women who bet on the show pore over the contestant biographies, and try to find their social media sites. They look for qualities they think would make the women good contestants for the bachelor. Online profiles are investigated, and local newspapers of the hometowns of the contestants are read to glean any bit of information about each contestant in order to determine which fantasy moves they should make. Many women watch the trailers for the program online; to see if there is any information they can glean from the spots. For some of the women, extensive research has paid off in the past. One woman managed to find social media posts by a contestant that seemed to suggest she did not make it very far in the competition, so she was not a heavy favorite.

While the fantasy league notion may seem silly to some, the Bachelor fantasy league business is not. Gaming experts say that while “The Bachelor” pools do not bring in the numbers of an NCAA bracket, there are tens of millions of dollars spent on the leagues each year.