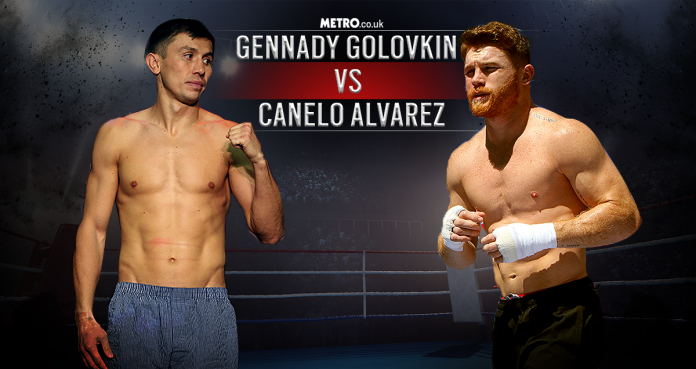 This is the highly anticipated rematch fight from their 2017 bout, which resulted in a controversial split decision draw.

Golovkin and Alvarez were expected to fight again in May 2018, however due to a positive drug test Alvarez was suspended for six months from fighting and was unable to fight on that date.

The story created headlines with Alvarez claiming that the positive drug test came from contaminated beef that he had consumed while visiting his native Mexico.

Vanes Martirosyan stepped in place for Canelo during the May bout, whom Golovkin was swiftly able to dismantle, dropping and stopping his opponent in the second round of a scheduled 12-round fight.

So far, no one has been able to stop the crusher from Kazakhstan, and the man remains undefeated throughout 39 professional fights.

Meanwhile, Alvarez has only sustained one loss throughout his entire professional boxing career, which took place in 2013 against the now-retired, future hall of famer Floyd Mayweather Jr.

Saturday night’s fight will take place at the T-Mobile arena in Las Vegas Nevada, and odds makers have “Triple G” as the favorite.

Golovkin has won 34 of his 38 wins by knockout, giving him the nickname “the Kazakh Thunder”, and despite his 36 years of age, experts claim that he is the better puncher, the bigger fighter, and has the stronger chin.

Alvarez, whom also has a whopping 34 knockouts under his belt, has to make a big statement this Saturday and shutdown the naysayers, but as last year’s bout showed us the scorecard cannot be trusted.

Judge Adalaide Byrd sparked fury among experts and fans alike as she ruled in favor of Alvarez with 118-110 a score, which perplexed most observers whom believed that Golovkin had won the fight.

Fellow judges Dave Moretti and Don Trella had scored the bout 115-113 for GGG and at 114-114 to tie respectively, but her scorecard resulted in the infamous split decision draw.

The pressure is on Alvarez to beat the Kazak thunder, while “Triple G” needs the win to cement his greatness as one of the greatest boxing middleweights of all time.

Can he live up to the challenge? Who do you predict will win Saturday night’s mega-fight?

TALE OF THE TAPE 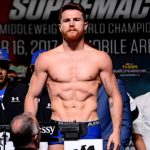 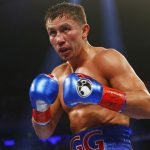