Gibraltar Gambling Commissioner Andrew Lyman said that the country would continue to offer iGaming and online gambling despite the results of Brexit. Gibraltar was the first territory to embrace the online gambling industry, and a large part of its economy lies in the gambling market.

Not a Doom and Gloom Scenario

Andrew Lyman announced during an interview that his department “is not treating Brexit as a doom and gloom scenario.” He is confident that Gibraltar will continue as an online gambling hub regardless of the outcome of Brexit. Residents of Gibraltar hope that trade can continue between Spain and Gibraltar even though the country is a British Overseas Territory. 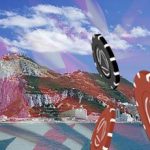 Lyman added that the Gibraltar Government needs to come to a mutual agreement with Spain to maintain border fluidity. Much of Gibraltar’s workforce crosses the Spanish border to go to work. Also, its position as an international gambling hub should not change overnight just because of the Brexit agreement.

Gambling remains a controversial subject in the UK, but Gibraltar enjoys the ‘offshore status’ of a British territory. Like Malta, Gibraltar can legally offer online gambling serving customers in Europe and the UK, since they are not physically located inside the heavily regulated UK gambling market. This is why most major online casino jurisdictions are islands or special territories.

Gibraltar was a strategic position for the navies of various countries for hundreds of years. Today visitors can see the remains of medieval Moorish forts, Spanish defenses, and mementos of British naval might. The Rock of Gibraltar was not just a very visible signpost for ancient mariners, it was also of strategic military importance over the centuries. The narrow Strait of Gibraltar provides the only Western access point to the Mediterranean Sea. 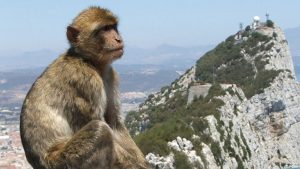 Gibraltar was ceded to Britain in 1713 and has remained a British territory since. In the last century, Gibraltar has focused on tourism, resorts, and casinos to pull in visitors. When gambling exploded into cyberspace and online casinos popped up, Gibraltar was the first country to allow legal online gaming licenses in 1998, followed by Malta. Some of the largest iGaming companies in the world are based in Gibraltar, which now holds a strategic position in cyberspace for the iGaming industry.

Online gambling is a vibrant part of Gibraltar and its economy and should remain so regardless of Brexit.