The gaming market around the world is expected to be worth about $171.96 billion by 2025. This information comes courtesy of a Grand View Research, Inc. report. The organization has registered a CAGR of 6.5% in the forecast period. The boom in the industry is expected to be huge because of advancements in technology. Gaming software and hardware have been improved and developed significantly over the years. It is anticipated that the growth of the market will accelerate tremendously during the next eight years.

Gaming has quickly become extremely lucrative and a substantial form of entertainment. Gaming is even in competition with the film and music industries in terms of popularity. There have also been a number of technological developments, such as augmented reality and virtual reality that has expanded the gaming market. 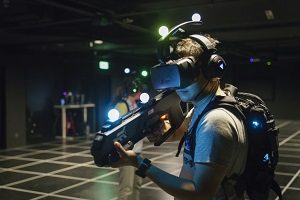 Virtual reality and augmented reality products have also advanced in the last few years. Products like the head-mounted display (HMD) and head-up displays (HUD) have made the gaming experience more enjoyable. Game-based learning is also becoming more popular. Teaching through video games is becoming part of some educational program. This helps to enhance the digital skill of students and contributes to cognitive advancement. Using video games for teaching can assist students in a classroom setting while also preparing them for technology that will likely be present in professional settings.

The report also revealed that the mobile segment of gaming is expected to gain momentum in the coming years. The CAGR will likely be 7.3% by the end of the forecast period. This will likely be largely due to smartphones being available to more people around the world. In addition to smartphones, tablets and tablet phones will also develop in terms of features and connectivity. Since the screens on tablets are bigger, gamers will have more enhanced playing experience.

The online aspect of gaming will also grow substantially over the next eight  years. It is estimated that the CAGR will reach 8.6% from 2017 to 2025. The main reason for this will be the penetration of broadband and an increased amount of gaming via social networks. Online gambling and betting are also expected to increase. 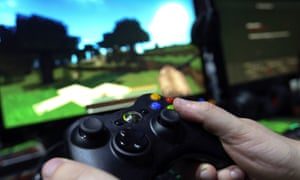 It’s also important to note that gaming will not only become a growing in the U.S.; other countries are expected to see a boom in the industry as well. The Asian market will see lots of advancements in gaming, especially since the continent has already significantly contributed to the industry. By 2025, the market size in Asia is expected to be 86.84 billion.

Countries like India, South Korea, and China will likely present lucrative opportunities for those who want to advance in the gaming industry or get started in the market. Since the internet will be available in more regions of the world, gaming is likely to become increasingly popular.

Key Players In the Advancement of Gaming

There are several players dominating the market when it comes to global gaming. Companies on the list include Nintendo Co., Ltd., Sony Corporation, Tencent Holdings Limited, and Microsoft Corporation.

Grand View Research has broken down the categories of the global gaming market based on region, device, and type between the years 2014 and 2025. When it comes to the financial outlook for gaming, consoles, computer, and mobile devices are expected to help the industry go into the billions in terms of revenue. Online and offline gaming will also contribute to this. The gaming outlook for region indicates that the U.S. and Canada will be leading the gaming market.a