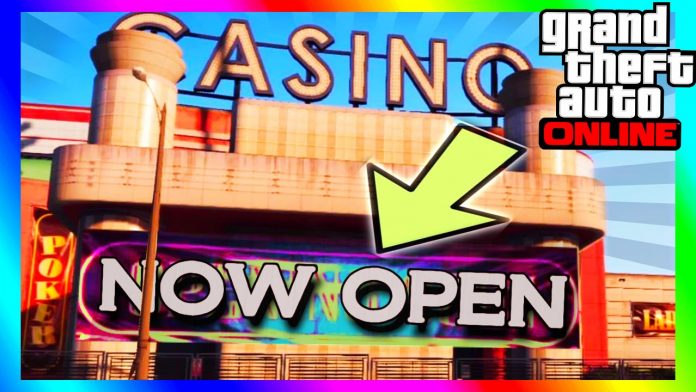 Online gambling isn’t just for online casinos anymore. Now the popular Grand Theft Auto Online video game is adding an in-game casino to its virtual streets. When players aren’t stealing cars, racing through the streets, and completing campaigns of murder and theft, they can stop into a casino for some gambling action. 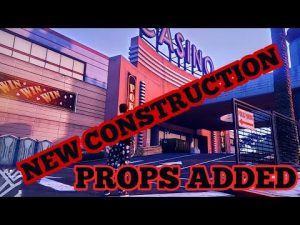 The entire GTA video game series has been a complete hit with players over the past decades. When GTA V was released, it was the third game ever to break the 100 million sales mark. Rather than resting on its laurels, Rockstar Games added an online version of the popular game—which was a huge hit.

Released 6 years ago, the original GTA V game featured a closed building with the sign ‘Casino Opening in Vinewood Soon!’ Millions of players raced, looted, and shot their way through the streets of Vinewood, a neighborhood in fictional San Andreas. But the casino never showed signs of activity. Until now.

Rockstar Games, the developer of the popular GTA video game series, recently tweeted a teaser: “Opening soon: A luxury casino in the heart of Vinewood.” A newly released patch to the game added some new elements which promised gamers that the much-anticipated video casino will soon open. The ‘coming soon’ sign was removed, and props indicating signs of construction suddenly appeared. Construction barriers, rubbish containers, cones, portable toilets, and other props confirm the changes to the old property.

In-game gambling is nothing new. Many Old West-themed video games featured the occasional saloon poker table or dice game. Earlier versions of the GTA franchise also included various casino properties and missions, and players could play a game of cards. However, the new DLC release planned for GTA V will considerably up the ante for video game casinos. While the rumor mill churns, eager players anticipate a fully-developed casino property within the game, where players can not only undertake missions, but also play all of the usual games found in a casino—with virtual money.

The casino concept makes perfect sense within the franchise, because the seedy underworld ruling the entire GTA game world would naturally run casinos—or cyber-thugs would hang out in them. Also, Rockstar Games continues to milk to the popular franchise, even delaying the planned GTA 6 in favor of the new DLC for GTA V across all platforms.

The possibility of a casino heist scenario adds to the overall fun of the game as well. Robbing casinos has been a cinema staple through the ages, and fans love the idea of pulling a casino heist within the GTA game scenario. Maybe they’ll get a chance to lose money in the casino, then come back to rob it for a ‘refund.’ Whatever the case may be, gamers and game developers are actively promoting the new Vinewood casino in social media, which suggests that the Vinewood Luxury Casino opening is imminent.

Is It Real Gambling? 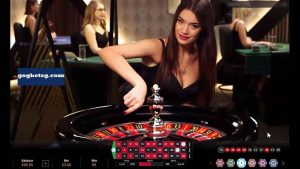 Whenever the casino conversation starts up, the topic of gambling law rears its ugly head. Purchasing virtual coins in video games with real money has been around for years. Even Facebook games allow players to buy costumes, weapons, and upgrades; all with real money. But the controversy starts when authorities begin questioning the legality of buying virtual coins with real money, then using that money in the video game casino, as in GTA V. Wouldn’t that be in fact gambling?

In Belgium and the Netherlands, in-game ‘loot boxes’ have been deemed illegal gambling, and banned. Loot boxes are a staple in the gaming world, and consist of boxes of loot, weapons, armor, upgrades, and other goodies available to be purchased by players using real money.

But because the loot boxes are mystery boxes, and the user does not know in advance what they will receive for their real cash, authorities have considered buying loot boxes to be gambling. Loot boxes are a lucrative addition to the game world, with players potentially spending up to $50 billion by the year 2022.

Rockstar Games has been busy with its other popular titles like Red Dead and its online component, so there is no hurry to open the casino. But with all the anticipation—and controversy—surrounding the video casino hype, Rockstar Games will only benefit from the gambling fever.