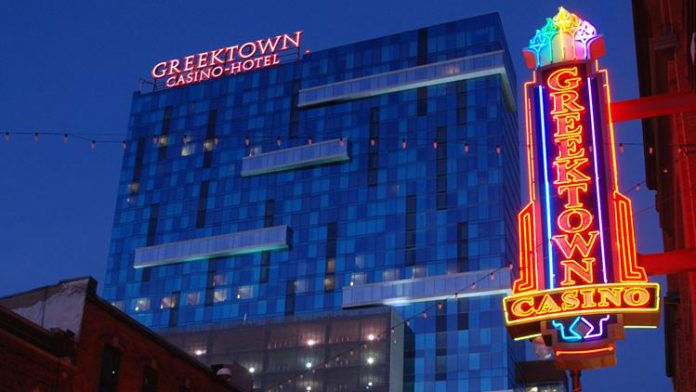 Dan Gilbert, the billionaire property owner who is responsible for the legalization of casinos all over Ohio, and owner of the NBA’s Cleveland Cavaliers basketball team, opened his first ever establishment (Higbee’s Department Store) in downtown Cleveland in 2012.

Gilbert purchased the Greektown Casino Hotel, a Detroit, Michigan based casino property, back in 2013, after its previous owners. The Sioux Tribe & Bondholders, fell to bankruptcy.

Since his purchase, the Greektown property has undergone several massive changes, including refurbishments to its rooms and interior facilities. Over the years, however, the establishment still carries a burden of around $400 million in debt.

The casino-hotel is now on the market with a hefty price tag. Owner Gilbert intends to free up his ties, nurture his existing assets, and invest in other properties in the Cleveland, Detroit, and Cincinnati areas.

The Detroit casino property will go to Caesars Palace parent company – VICI Properties and Penn National Gaming Inc. The former will pay $700 million and own the establishment, whilst the latter company (which owns the Hollywood Casino in Toledo, Ohio) will invest $300 million, retaining responsibility of Greektown.

In a recent press statement Gilbert announced, “Our purchase of Greektown Casino-Hotel five and a half years ago, soon after its bankruptcy, allowed us to work with the great team at the property to create a winning culture and a vibrant business.”

He added, “The sale to Penn National and VICI Properties will allow that strong trajectory to continue and provide additional capital to continue our strategic investments in our Detroit real estate and business initiatives.”

Currently, Greektown Casino holds over 14,000 sq. ft. of gaming space, 2,700 slot machines, over 60 table games, a poker room, and many other in-house amenities such as a 400-room hotel, multiple restaurants and bars, and a coffee shop, with approximately 1,700 employees manning the entire forte.

Matt Cullen who manages Gilbert’s Jack Entertainment chain recently claimed “We really felt like we had accomplished what we wanted to accomplish with the property. We bought it out of the bankruptcy and have been invested in and it wasn’t performing well and we got all that turned around.”

Talks have been on-going for a while

In September, Bloomberg reported how Gilbert had been considering auctioning off the casino for some time. Caesars Entertainment was one of the potential bidders who expressed immediate interest, despite the fact that Greektown is the smallest casino in the whole of the state, and only generates approximately 24% of the city’s gaming business.

However, according to Michigan’s Gaming Control Board, their profit margins increased by 7% in the last year, making it an ideal time to put it up on the market.

“It frees up significant capital to invest in our large developments that we’ve started and some are about to start soon,” Gilbert said. “We’re going to focus on business development and technology, start-up scene in Detroit and things like StockX and other exciting businesses that will create jobs and excitement and attract people to the city from all over.”

Latest consolidation in the industry

The deal will need to be approved by the Michigan Gaming Control Board before it can go ahead, with the sale expected to be completed by mid-2019.

Penn National already operate 40 casinos across 18 different jurisdictions, and it is said a triple net lease has been agreed between them and VICI Properties over a 15 year period, with the initial rent costing approximately $55.6 million per annum.

There have been talks and rumors around how the proceeds of the sale will be used, with some sources claiming there are plans to sell some of the other casinos owned by Jack Entertainment – as well as buy out the Detroit Tigers.

However, when Gilbert was questioned directly he confirmed that no such deal was in the making.