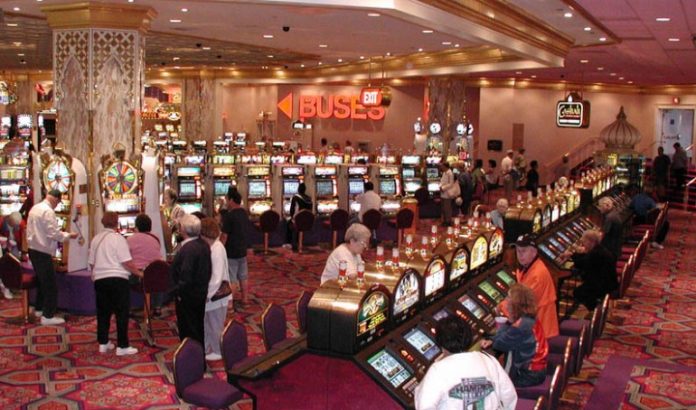 Set for completion in 2021, the City of Dreams Mediterranean integrated casino-resort in Limassol, Cyprus, the third most populated island country in the Mediterranean, will be the largest of its kind throughout all of Europe. The $651 million mega-structure is the project headed by Melco Resorts International — one six gaming license holders in Macau.

The groundbreaking saw republic of Cyprus President Nicos Anastasiades heading the ceremony, who proudly stated that the City of Dreams is the largest investment project ever undertaken within the country. Once its doors open 2021, the casino will create a whopping 6,500 new employment opportunities and is estimated to attract some 300,000 visitors annually.

“Our country is much more than just an attractive ‘sun and sea’ tourist destination,”

Anastasiades declared at the groundbreaking ceremony. “Cyprus has all the prerequisites to be established as a regional and, why not, global premium destination, a genuine point of reference for luxury tourism and responsible gaming.”

Despite the surrounding neighbors of Israel, Turkey, Syria and Lebanon, which have all seen their share of conflicts, Cyprus has remained politically neutral, and for that reason became prime real estate for a casino set up by foreign investors. Cyprus is not only safe for European, but also American travelers according the U.S. State Department, despite being located roughly 50 miles from Syria’s coast.

Aside from ground being broken literally, the City of Dreams is also breaking ground figuratively by becoming the first legal casino on Cyprus when it opens, after receiving the sole casino license in the country. The mega-resort is also Melco International’s first investment property outside of Asia, which originally had teamed up with Hard Rock International in a joint investment over City of Dreams, but Hard Rock later backed out of their agreement.

Billionaire Lawrence Ho, CEO of Hong Kong-based Melco International Resorts and Entertainment, stated in an interview, “Our project will contribute significantly to the country’s efforts for sustainable economic growth and an increase in employment rates.” Ho also added that the new casino would include 136 gaming tables, 1,200 gambling machines, a 500-room five-star hotel, 11 restaurants, retail shops, an amphitheater and convention center.

A bump in needed revenues

Early estimates suggest that City of Dreams could bring in more than $830 million in revenue annually to Cyprus once it opens, creating a critical economic boost for the country. This figure would account for nearly 4% of the country’s entire GDP.

During the ceremony, Cyprus President Anastasiades added, “Foreign direct investment constitutes a fundamental pillar towards sustainable economic growth and prosperity,”…“Today, we are witnessing the realization of a project with extraordinary benefits for our economy, with positive impact on the country’s GDP and in tackling unemployment.”

Cyprus, which is a member of the European Union, is still slowly recovering after falling into economic crisis just four years ago. Fortunately, the country’s economy received a $13 billion bailout delivered collectively by the European Commission (EC), European Central Bank (ECB), Eurogroup and the International Money Fund (IMF).

Several factors contributed to the country’s fiscal turmoil, but none more so than the banks’ involvement in the economic failings of Greece. The Central Bank of Cyprus, which was heavily invested in Greece, had to take on staggering amounts of Greek debt, crippling any chance for economic growth during the period in which Greece defaulted.

Cyprus remains a popular tourist destination and sees over three million international visitors each year. Presuming all goes well, the City of Dreams will generate much needed revenues over time for the small Mediterranean country.