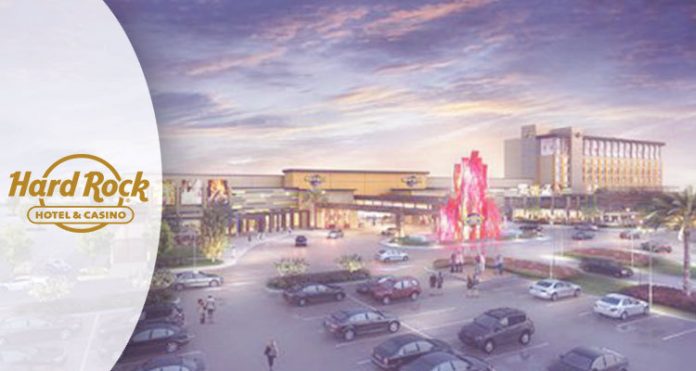 Most buildings open with a ribbon-cutting ceremony attended by local bigwigs –but that’s not how Hard Rock rolls. They recently opened the new Hard Rock Hotel and Casino Sacramento at Fire Mountain to the sight of smashing guitars live on stage.

The resort started with a soft opening for VIPs on Wednesday night, but the Hard Rock will rock out with a grand opening concert on November 2nd, featuring the 80s British hard rock band Def Leppard. And they will rock that place to the ground. 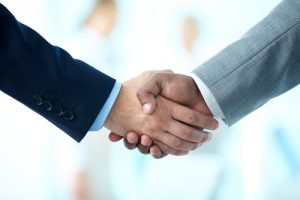 The unusually long name of this particular Hard Rock resort is a result of its partnership with the Enterprise Rancheria tribe of Native Americans. Since casinos are still illegal in California, with the exception of tribal gaming on Indian reservation land, the Hard Rock tribal partnership was an essential part of the casino deal.

Add to this the fact that Hard Rock International is owned by the Seminole Tribe of Florida, and you have a recipe for a powerful tribal gaming empire, with years of experience operating casino resorts.

The resort name could have been much longer. The full name of the tribe is the Estom Yumeka Maidu Tribe of the Enterprise Rancheria, and Fire Mountain is a tribute to their legends and beliefs. The Enterprise Rancheria tribesmen would go to the mountains to seek out fire water for cleansing and longevity, according to tribal authorities.

There are already 40 other casinos in the Sacramento region, making it one of the areas with the largest concentration of tribal casinos in America outside of Oklahoma. However, Hard Rock Fire Mountain aims to stand out from the crowd with its unique brand and world class service.

At the core of the Hard Rock atmosphere lies its extensive collection of rock and roll memorabilia from yesterday’s legends and today’s music icons. Andy Warhol famously referred to Hard Rock’s global distribution of rock memorabilia as ‘the Smithsonian of Rock and Roll.’

Hard Rock regularly rotates its memorabilia throughout its global properties, but some pieces will remain part of the permanent collection in each branch. Pieces from local Sacramento rockers Cake and the Deftones adorn the walls, and Johnny Cash is also represented in the mix of 100 pieces of memorabilia. His famous At Folsom Prison album was recorded at the prison in Folsom, CA, a town near Sacramento.

This is not Hard Rock’s first foray into Sactown. The short-lived Hard Rock Café Sacramento was located in downtown Sacramento from 1997 to 2010. It’s not uncommon for the global rock army to lose a few soldiers on various fields from time to time. They simply open another Hard Rock somewhere else. And lucky t-shirt collectors can sport their own memorabilia featuring defunct cafes like Hard Rock Sacramento or Hard Rock Salt Lake City.

This time, the brand is reopening in the Sacramento satellite town of Wheatland, on Rancheria reservation land. This time they’re pulling out all the stops: the full power of a $440-million casino resort has been unleashed in place of a mere café.

Hard Rock Sacramento at Fire Mountain features 55 classic casino gaming tables and 1,500 slot machines. The hotel rocks 170 rooms, a pool and spa area, and six restaurants. All of the live entertainment takes place at the Toyota Amphitheatre just down the road.

The casino employs 1,300 people from Sacramento and the surrounding areas of Yuba and Sutter Counties. The casino is located in Wheatland, Yuba County, part of the Greater Sacramento area in California.

The President of Hard Rock Hotel and Casino Sacramento, Mark Birtha, is optimistic. “People know the brand and we really think that will allow us to grow the market, bring people in from all over the region and bring people on from the western part of the United States,” he said.