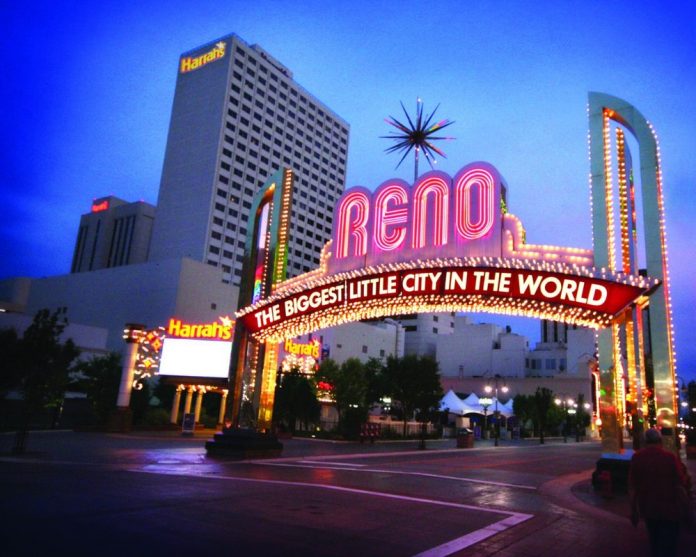 Caesars Entertainment Corp. has announced the sale of its Harrah’s Reno Hotel Casino property, ending the resort’s 83-year run in the Biggest Little City in the World. The property will be closed within 6 months in order to make room for a new downtown Reno development project known as Reno City Center.

The Biggest Little City in the World got a little smaller with the sale of Harrah’s Reno. The historic resort was sold by VICI Properties and Caesars for $50 million.

The new owner, Las Vegas-based CAI Investments, plans to remodel the entire location into a project known as Reno City Center. The new site will feature housing, offices, and non-gaming services in the downtown Reno area. The 940-room hotel-casino will be closed within 6 months. The new Reno City Center project will bring over 500 apartments, 150,000 sq. ft. of office space, and nearly 80,000 sq. ft. of retail space.

According a statement released by CAI Investments, “Reno City Center will offer much needed housing, office, and services to the downtown Reno market and will be instrumental in the continued diversification to the Reno economy,” they said.

The sale of Harrah’s signals the end of the Harrah’s name in Reno as well as the end of an era. Reno is an Old West town which grew exponentially after Nevada legalized gambling in the 1930s. One of the pioneers of the Reno gambling scene was Bill Harrah, who opened Harrah’s Reno in 1937.

Harrah’s was one of the casino groups to be swallowed up by the betting behemoth known as Caesars. They kept the Harrah’s name on many of their properties, but now the company has cited declining gaming revenue in Reno as one factor in the sale. Offloading the Harrah’s name also avoids any antitrust concerns over one company owning too many casinos in the same city.