Home » USA Online Casino News » He Started at the Bottom. Now He’s the New Manager at Beau Rivage in Biloxi

It is always nice to hear about someone in casino management who started from the bottom and worked his or her way up to the top. It happened that way for Travis Lunn. He began his casino career by washing dishes, working at the front desk, and working in housekeeping at casinos in Las Vegas. Now he is the new general manager at the Beau Rivage in Biloxi, Mississippi. Lunn said he believes that it is his experience at all levels of a casino that will make him an excellent manager. 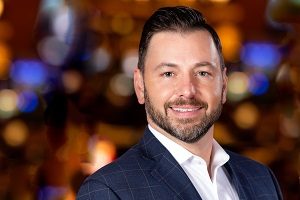 Travis Lunn was born in Boston, and is still a huge Red Sox fan. He stayed in the Boston area until he decided that he wanted to go into casino management as his career goal. Since he knew that managing a casino was his goal, he decided to move across the country to Nevada. Lunn attended school at the University of Nevada in Las Vegas, and graduated with a degree in hotel management.

After graduation, Lunn got jobs in casinos along the Vegas Strip in the mid-1990s, just as the building boom began in the casinos along the Strip. Even though he had a college degree, he did not begin his casino resort career in management. Instead, Lunn began working at the front desk with guest reception. Depending on the day, he washed dishes in hotel restaurants and worked in housekeeping as well. While other people might scoff at the notion of working low on the totem pole after graduating from college, Lunn believes it kept him humble, and paved the way for his success.

As Lunn began to move up the ranks of casino management, he moved around to different casinos in Las Vegas. He worked at the Hard Rock Casino, the Venetian and Palazzo Resorts, and the MGM Hotel and Casino. Lunn had never been to the Beau Rivage Casino until he interviewed for the management position. 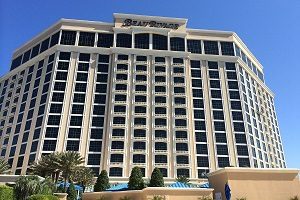 As the president and CEO of one of the best-known casinos on the Gulf, Lunn is excited about the opportunities. The Beau Rivage, French for beautiful shore, opened up in 1999. At the time of its opening, the resort was the largest casino resort complex in the United States outside Nevada. At the time the casino opened, Mississippi had a law that forbids casinos to be located on shore. Instead, the casino was floated on barges in the Gulf of Mexico. The resort has nearly 1800 rooms and over 70,000 feet of gaming space. Beau Rivage is best known in the United States for the destruction of the casino during Hurricane Katrina. While the hotel survived the 30-foot storm surge intact, and the public got amazing views of the damage from the storm from the resort’s cameras, the casino needed to be completely replaced. The Beau Rivage reopened one year to the day after the storm.

Lund’s first priority was to ensure that his team at the casino resort focused on customer service. He said that although the casino and its surroundings are magnificent, worthy of Facebook and Instagram posts, customer service is what brings customers back. He says the casino does not need to make any large changes moving forward, and he wants to get to know his staff of over 3000 people before he makes large changes. Lunn said he wants to improve the feel of the new Sports Book & Bar at the casino, which was thrown in place after sportsbooks were allowed in Mississippi. Lunn wants to have a new sound and video screens in place in the bar area to take advantage of what is expected to be a huge sportsbook crowd during March Madness.