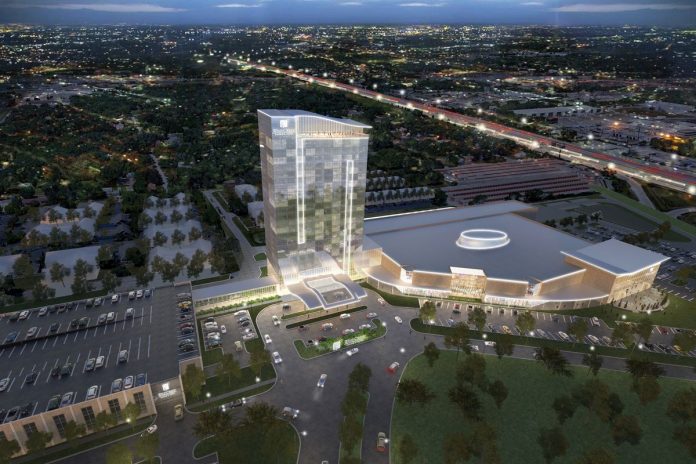 As the Illinois state deadline for casino bidding looms, the Chicago casino question is still on everyone’s mind. Two new Chicago-area towns have announced their desire to host a new casino, and the Ho-Chunk Nation has submitted a proposal for a Lynwood casino. Casino proposals must be submitted by the end of October. 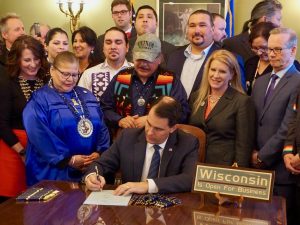 The Ho-Chunk Nation runs 6 casinos in Wisconsin, and its leaders await federal approval to open a casino in the Chicago area, a hotly-debated region with a dozen suburbs all vying for a casino license.

Ho-Chunk leaders have stated they will have a temporary casino in place within 11 months of approval, and a permanent casino 2 years after that. Additional development plans include a golf simulator, indoor rock wall and ball courts.

Ho-Chunk Nation District 4 Legislator Paul J. Fox said in a statement that “This is an important opportunity to spur economic development growth and create jobs in the south suburbs and we have a proven track record of getting it right,” Fox said, “Over the last 15 years, we have built strong relationships in the region, as demonstrated by the development and operation of the Southland Center, and we are committed to strengthening those ties and deepening that investment.” 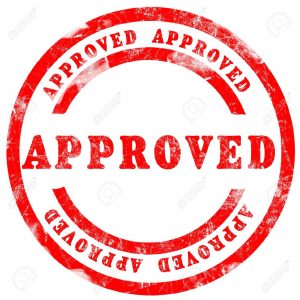 Potential casino developers require approval from the host towns before they can obtain approval from the Illinois Gaming Board. As the recent Illinois gambling expansion includes 6 new licenses, the most fierce competition has been over who will build the first Chicago area casino.

Only 1 of the 6 new licenses is issued to Cook County, and dozens of Chicago suburbs and townships in the county have expressed interest in hosting the new casino. Unfortunately, exorbitant state, city, and township taxes have added undue delays to the whole process. With potential developers expected to pay more than half of their casino profits in taxes, many question the investment.

Adding to the red tape is the federal approval process any Indian tribe must endure in order to enter the bidding race. A tribe must have federal recognition, then obtain permission from the Department of the Interior, Bureau of Indian Affairs, before any proposal can be made.

The south-Chicago suburb of Lynwood is expected to approve the Ho-Chunk proposal next week. Lynwood Mayor Eugene Williams strongly approved of the Ho-Chunk proposal as “a beautiful plan” for a family entertainment district in his town, one which would bring much-needed revenue to the area.

“We think it’s a regional effort that’ll make this a better proposal. On both sides of 394, we’ve been missing out on economic development for years,” Williams said.

Which Town Will Host a Chicago Casino?

Many proposals have crossed the desks of local, city, and state officials in the past year regarding the Chicago casino question. A downtown Chicago casino project proposal was shot down due to the unwanted traffic congestion it would bring. Since then, every small town on the edges of Chicago also wants a piece of the gaming action.

Mayor Williams wants the 2% cut of the casino’s gross revenue, and the other dozen south suburbs would get another 3% of the revenue of a Chicago casino – regardless of which township gets the casino.

But the taxes and fees don’t stop there. There are Chicago city taxes, Illinois state taxes, slots percentages, kickbacks, political greasing, and more. Many prestigious casino developers have cut bait and left the region because there are too many hands in their pie.

If and when Chicago’s first casino gets approved, the project is expected to create over 1,000 construction jobs and about 1,100 permanent jobs in the hotel and casino itself.

The entire Chicago casino process is beginning to look like a spin of the roulette wheel. Where she stops, nobody knows. Bets anyone?