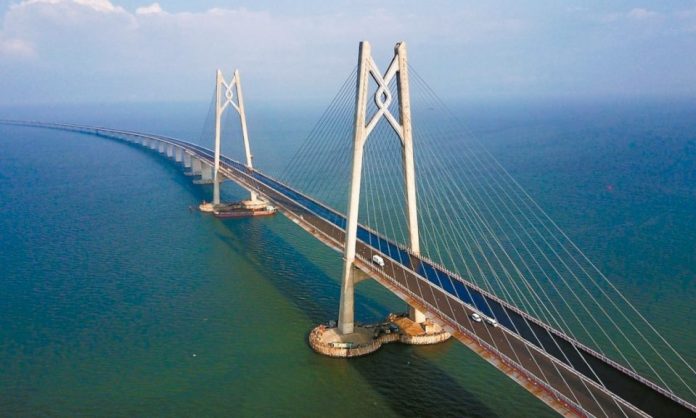 The much-anticipated bridge will undergo opening ceremony attended by top officials, public figures and the President of China, Xi Jinping.

According to the South China Morning Post, the event will take place in the city of Zhuhai, one of the three main locations connected to the bridge. 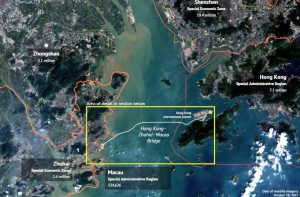 The bridge offers the first direct road link between Hong Kong and Macau, which sees nearly four times the gambling revenue of Las Vegas, Nevada, and will drastically reduce travel times for commuters throughout the area.

Area authorities are inspecting the bridge and its surrounding sectors over the weekend to ensure that security is greenlit for Chinese top officials’ visits to not only the bridge, but also the various enterprises and universities of the economic powerhouse of the South Pacific.

Local newspapers have expressed the efforts of the Hong Kong Police Force and authorities in the surrounding areas doing everything in their power to ensure the effectiveness of national security operations in Guangdong, and especially Zhuhai, where the opening ceremony will take place.

The bridge authority has been on high alert for the month of October.

Among the security efforts have been divers and patrol boats inspecting the seabed for explosives, while technicians check and recheck all elements of the interior and exterior of the bridge for integrity.

The opening ceremony will also have snipers and jamming vehicles ready for deployment for worst-case scenarios to maximize absolute safety for VIPs. 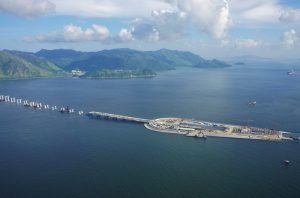 The record-breaking transport link is being hailed an engineering marvel, making it one of the largest manmade structures on the planet at 34 miles in length.

Once open, the bridge will dramatically reduce travel time from Hong Kong to its neighbor across the pond Macau.

It will also allow traffic from the city of Zhuhai, in mainland China, to flow to either region. The 3-4 hour car ride or one-hour ferry excursion from Hong Kong to Macau, will be a 30-minute trek over the bridge.

After nearly a decade of construction, the bridge will feature a snaking design and underwater tunnel, at 4 miles long, connecting two artificial islands to the main structure.

Despite the celebration, critics recently have barked back regarding the secrecy surrounding the launch. The main topic of contention has been the fact that there is no official confirmation whether the bridge will go into operation after Tuesday’s inauguration.

Furthermore, since construction began in 2009, the bridge has been plagued with delays, exceeded budgets, corruption allegations and prosecutions, and even deaths of construction workers.

Critics have also derided the multi-billion dollar project as an all too costly endeavor, and have argued that it is proof of the politics of mainland China only tightening its grip on the semi-autonomous cities of Macau and Hong Kong, particularly in reference to gambling.

Those tackling transport operations have voiced their concerns over the Chinese government obfuscating many of the details following the opening ceremony of the bridge. Local transportation officials claim that they have had too short notice revolving the details on vehicle operation, as well as schedules.

One critic, democratic lawmaker Kwok Ka-ki , publicly stated, “The bridge needs to be open and used by the public as soon as possible but whether it is safe and arrangements are properly in place and conducted and tested we do not know”.

Boost in Revenue for Macau casinos

Macau, the world’s largest gambling destination, has been struggling in recent months to meet the quota of estimated gaming revenues for 2018. This is largely due to President Xi Jinping’s policy of anti-corruption and crackdowns that have been tackling the assets of some of China and Macau’s biggest enterprises. Several high-profile Chinese figures — including billionaires — have found themselves in Jinping’s cross hairs.

Analysts predict however that the bridge will be a boon to for the area. Tourists and gambling aficionados can now drive directly to the area for gaming to play in many integrated casino resorts of the region, from the Wynn Macau to the Sands-run Venetian Macau. The bridge forms a vital link from Hong Kong International Airport to Macau via car – making travel more pleasant and convenient for gamblers.