Until recently, Sweden was considered one of the most restrictive countries when it comes to matters gambling. In 2018, the lawmakers in the country started work on drafting a set of new regulations that would allow foreign operators into their gambling market. Until then, only state-run gambling activities were allowed.

The parliament voted in the new Swedish Gambling Act on 14 June 2018 and it came into effect on the first day of this year. The new regulations have affected various elements in the industry including marketing.

Sweden is still aiming to remain in control of the gambling sites with the new regulations. The bill’s focus is to ensure residents engaging in online gambling activities do so in a safe and secure manner. This is reflected in the bill’s clause where it states that licensed operators are obliged to protect players against excessive gambling activities by adding self-help options and restrictions to their site.

Operators offering unlicensed services will also face the consequences including blocked transactions between the site and the gambler or in severe cases, having the site blocked entirely. All internet service providers are obligated to set up warning messages for any website that offer unlicensed gambling. Additionally, all unlicensed promotion and advertising of gambling will be viewed as a criminal offense. All parties that will be captured participating in such illegal activities will face prosecution.

The Scope of the New Regulations

Both local and foreign operators have access to the new licensing system established in the gambling market. New casino sites, as well as the already existing operators in the European country, will fall under the same rules.

The move generally means that the Swedish gambling market should expect the entry of new casinos to compete with state-controlled operators – the Svenska Spel to be precise. As of October last year, the country’s licensing authority had already received over 50 applications from gambling outfits.

How the New Regulations is Affecting Marketing

The strengthening of the regulations concerning advertising of licensed gambling is paramount in maintaining the new gambling regulations. Apart from the criminalization of unlicensed promotion and advertising of gambling, the bill states that advertising, among other things, should be moderate and should not be directed to people less than 18 years old.

Too Much Advertising Facing Stricter Regulations 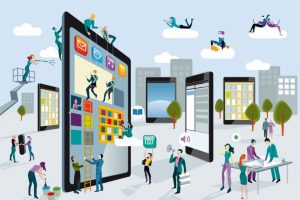 However, the increased advertising activity, especially in social media and on the TV has been met with a lot of criticism, especially from the government who have described it as “unsustainable” and “unacceptable.” This led Ardalan Shekarabi, the Minister for Public Administration, to hold a meeting with operators in February to discuss the issue. During the meeting, the minister issued a final demand of terms to the industry to reduce the aggressiveness and the volume of advertising through self-regulation or tighter legal restrictions will be applied.

As a result, SPER and BOS, the two trade associations that jointly represent the major licensed operators in the country, delivered to the minister a joint manifesto and marketing guidelines in March. The minister was still not impressed and has since ordered the existing gambling advertising codes to be reviewed. He stated that the Swedish government, based on that review, would adopt measures that could include banning adverts totally.