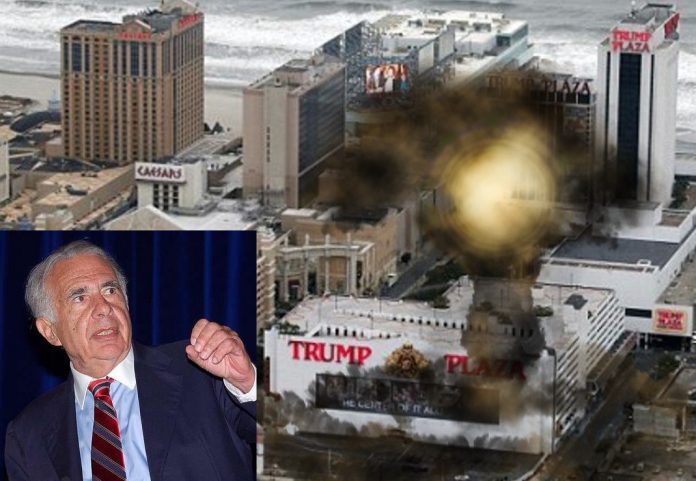 An auction house ran a bidding competition for the rights to press the button and finally blow up the dilapidated Trump Plaza casino in Atlantic City. That is, until billionaire property owner Carl Icahn nixed the project.

The auction to blow up Trump Plaza was underway. The fundraiser was all set to benefit the Boys & Girls Club of Atlantic City, and the group had hired a professional auction company to handle the process.

Atlantic City Mayor Marty Small has been trying to get rid of the dilapidated Trump Plaza for years, but nobody wanted to foot the destruction bill. Current property owner Carl Icahn hemmed and hawed about paying the high cost of the property demolition.

Then the mayor came up with a brilliant plan: an auction for the right to press the button which destroys the old Trump eyesore. The highest bidder would get the honor to blow up an old Trump casino and benefit charity at the same time. The mayor expected the winning bid to be over $1 million.

According to the Associated Press, owner Carl Icahn nixed the auction idea. He sent a cease-and-desist letter to the city, effectively stopping the demolition auction in its tracks. Icahn cited ‘concern for public safety’ as the reason for the action.

But he promised to donate $175,000 out of his own coffers to the Boys & Girls Club. Meanwhile, the casino destruction date is a big question mark.

Trump Plaza has been closed since 2014 and has been slowly deteriorating ever since. Billionaire investor Carl Icahn bought the property while it was in bankruptcy, picking it up for a song.

Then he essentially squatted the property, refusing to demolish it or develop it into something new. But then the fiasco became a public safety issues as chunks of the building began falling onto the streets below.

But Icahn did nothing about the problem and just let the building rot. Now a spokesman for Icahn released a statement about the sudden need for public safety.

“From the beginning, we thought the auction and any other related spectacle presented a safety risk, and we were always clear that we would not participate in any way,” the spokesman said. 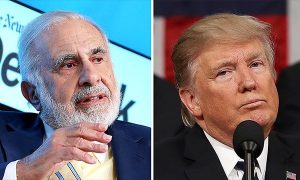 Icahn had all the time in the world to demolish his building, and he is now suddenly interested in stopping the efforts to do so. Perhaps the timing alarmed the conservative investor. The auction winner was ready to blow up Trump Plaza right about the time Trump was about to be dragged kicking and screaming from the White House.

Basic demolition has been underway for months, as crews carry away most of the interior furnishings and fixtures. But the final blow to the failed Trump casino has been delayed.

Perhaps it’s not a conservative conspiracy, maybe Icahn really doesn’t want people to get hurt by flying pieces of Trump’s failed legacy. Maybe he just wants to control the implosion himself and not let a member of the public do so.

Because if something did go wrong during the big bang, the property owner could be sued. And that’s motive enough to stop the auction.