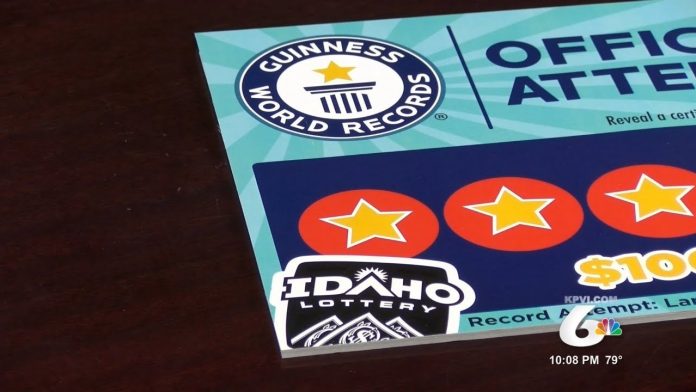 The Idaho Lottery celebrated its 30th birthday in July in a unique way. The lottery decided to begin its 31st year by breaking a Guinness World Record for the most simultaneous scratch-offs. It gave the lottery some great publicity. It also allowed lottery fans to have a lot of fun and, maybe, strike it rich.

The Guinness Book of World Records 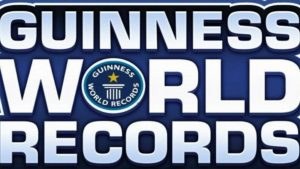 In 1951, the managing director of Guinness Breweries in Ireland went hunting with friends. He missed a shot on a bird called a golden plover. He swore it was because the bird was the fastest in Europe. One of his friends bet him that it was another bird. The manager was right and won the bet. The question was hotly debated in pubs all over the area for weeks. The brewery director, Sir Hugh Beaver, decided that publishing a book with a lot of world records might sell. With the help of a couple of fact-finding brothers in London, the Guinness Book of World Records was born.

The team of Sir Hugh and the McWhirter brothers continued to chase down facts and records for decades. When the Provisional IRA assassinated one of the brothers in 1975, the fun was over. The Guinness World Record company had several owners in its history. However, the book is still being published. In the beginning, the team chased down interesting facts—mostly superlatives. Examples would be who the tallest and shortest men were. Now, the focus of the company is on competition records. There are exact rules that competitors must follow in order to enter the Guinness Book of World Records. The book doesn’t publish all the world records anymore. People who want to see all the records can log onto the book’s website to view them. 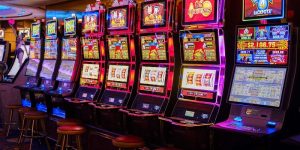 The Idaho State Legislature created the lottery in 1989. The state wanted to find a way to fully fund its public schools. At the time, many of the state’s rural schools were underfunded, and they needed additional money. The schools needed money for technology and supplies. Some areas also needed to build schools. The money from the lottery proceeds is also used to help the state’s colleges and universities.

The Idaho Lottery recently gathered 479 people at its headquarters in Boise. All of them scratched an instant play card called the Official Attempt Scratch Game. The number of participants was 93 more than the record for simultaneous scratch-offs set in Amsterdam two days before. Guinness World Record judges were on hand to watch. That way, the event would be an instant record-breaker. The lottery has actually been celebrating its anniversary since January. It has offered different scratch-off tickets for customers to win $30,000 or $300,000. The lottery also has a second-chance drawing game for players to win a chance at $30,000.

The record-breaking event had food trucks, live bands, free lottery tickets, and lottery gifts. The Idaho Lottery plans to continue to celebrate its milestone for the next few months.