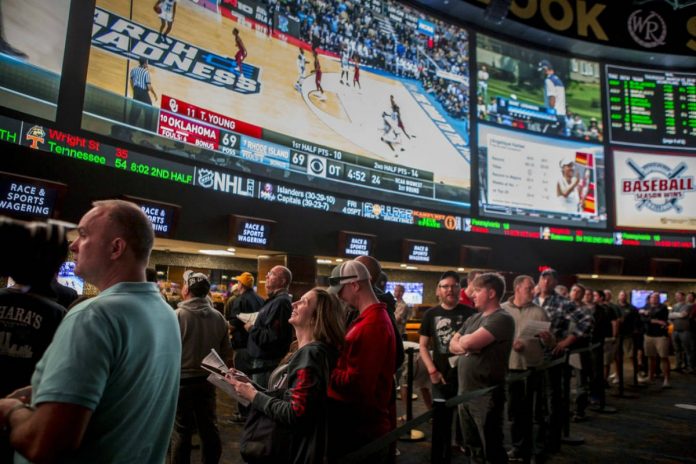 During the legislative session on Wednesday, lawmakers in Indiana gave the final thumbs up to Bill 1015, which will see sports betting legalized in the state, and a license to build a new casino in the city of Gary.

The votes came in at 59-36 in the House and 37-12 in the Senate, to which Gov. Eric Holcomb will now be the decision maker as to whether the potential operators of the casino, Spectacle Entertainment, will be given permission to relocate from Buffington Harbor and construct a new facility near the Borman Expressway.

Spectacle Entertainment currently owns two riverboat casinos in Gary, but since the original proposal was put forward some weeks back, the company has asked to move their operators inland in exchange for surrendering one of their licenses to Terre Haute.

Despite heavy criticism and conflict between the Republicans and Democrats on Wednesday, the Legislature approved Spectacle to make the move, subject to a $50 million tax credit to the state.

A Fair Deal for Spectacle

Initially, the state required the gaming operators to pay $100 million fee for relocating a license to the more populated area of Gary; however, this amount was significantly reduced. Talks are underway to permit Spectacle to run as many games in the new establishment as the two riverboat casinos combined. If such a move is approved, the new facility could become the largest gambling operation in the state.

Ben Smaltz was one of the officials to criticize the talks held on Wednesday. “This is a monumental policy shift, and this is the beginning,” he said.

According to the representative, Spectacle’s big tax break could go from $40 million to $50 million over the next 5 years it will be in place. The legislation promises to provide a proportion of the cash to these areas, while ensuring job security for workers of their casinos. But Smaltz believes that casinos in the neighboring districts of Evansville, East Chicago, Hammond, and Michigan City, could all take a big economic hit as a result of the bill.

“This issue is going to come back and haunt us in the future,” Smaltz added.

People showed their support for sports wagering to commence in the state on Wednesday too. Even though some have disagreed, most officials believe it to be a promising move, one which will give the region a much-needed boost.

“I don’t think of this only as a gaming bill,” said Sen. Eddie Melton. “I see this as an economic development catalyst.”

Gary has been trying to make improvements to the city’s infrastructure for the last 50 years, including schools, health services, and public safety, without relying on state handouts.

Now the fate of the Bill will rest in the hands of Gov. Eric Holcomb, who faced scrutiny during the session yesterday for accepting flights worth $50,000 from Spectacle Entertainment – another reason the gambling operators were believed to have had their taxes slashed so considerably.

Republican Party Chairman and Holcomb’s campaign treasurer, Kyle Hupfer, defended the gesture of the flights as “perfectly legal and customary,” citing how organizations often fly governors out for their conferences and events. While questions are still being raised over the influence this could have had on the legislation, the residents of Gary will have to await the final decision from the Governor next week.

Disclaimer: All images are copyright to their respective owners and are used by USA Online Casino for informational purposes only.﻿